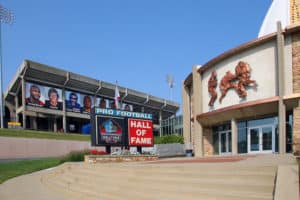 The Cleveland Browns have several former players among the nominees for the Pro Football Hall of Fame class of 2022. On Wednesday, the Pro Football Hall of Fame announced Josh Cribbs, Eric Metcalf, Michael Dean Perry, Earnest Byner and Jamal Lewis are among the 122 players to make the first cut for the NFL’s greatest individual honor. Wednesday’s announcement is … END_OF_DOCUMENT_TOKEN_TO_BE_REPLACED 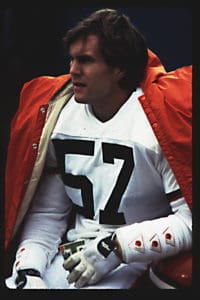 Former Cleveland Browns linebacker Clay Matthews Jr. was not selected to the Pro Football Hall of Fame’s 2021 class. Matthews’ daughter Jennifer shared her reaction to Saturday night’s announcement on Twitter. “My hero. The greatest man on earth. The one who believes in me when I don’t believe in myself,” Jennifer Matthews tweeted. “He taught me about hard work, … END_OF_DOCUMENT_TOKEN_TO_BE_REPLACED

The Pro Football Hall of Fame named former Cleveland Browns linebacker Clay Matthews Jr. as a finalist for its 2021 class. Tuesday's announcement marks the first time Matthews has been a finalist for the Hall of Fame. “We are so beyond excited and grateful!!!!!” Matthews’ daughter tweeted. “#ClayMatthewsHOF.” Matthews is in his 20th year of … END_OF_DOCUMENT_TOKEN_TO_BE_REPLACED