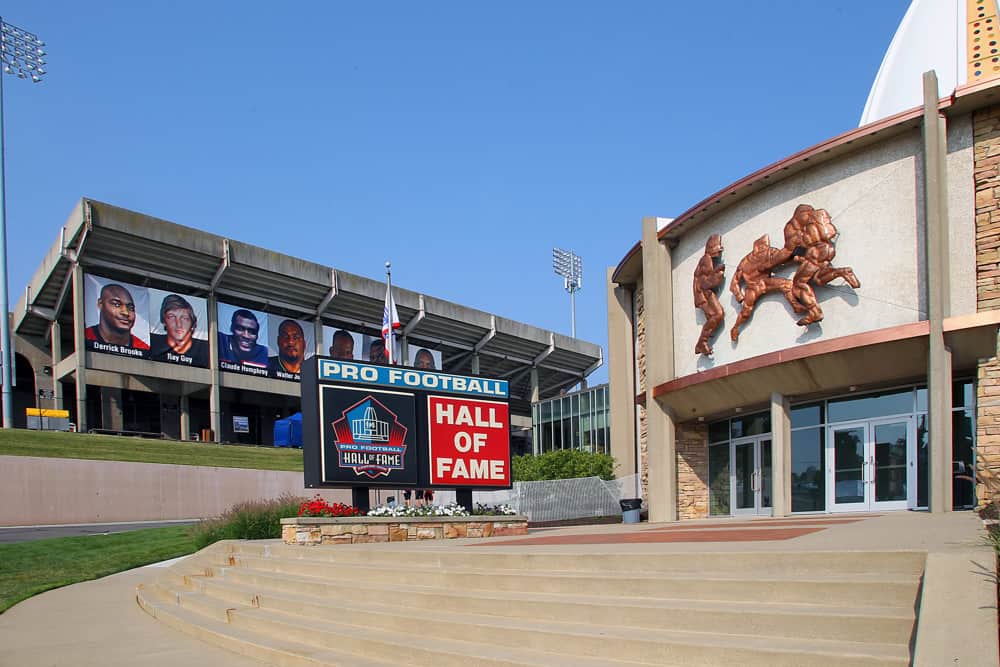 The Cleveland Browns have several former players among the nominees for the Pro Football Hall of Fame class of 2022.

On Wednesday, the Pro Football Hall of Fame announced Josh Cribbs, Eric Metcalf, Michael Dean Perry, Earnest Byner and Jamal Lewis are among the 122 players to make the first cut for the NFL’s greatest individual honor.

Wednesday’s announcement is the first in a four-step process that leads to next year’s enshrinement, which is set for August 2022 in Canton.

In November, the list of modern-era nominees is reduced to 25 semifinalists.

Voters then decide which players are enshrined in Canton.

Josh Cribbs, Eric Metcalf, and Michael Dean Perry are among the nominees for the Pro Football HOF class of 2022.

Cribbs’ nomination is for special teams, specifically his ability as a kick and punter returner.

During Sunday’s game against the Bears, the Browns will induct Cribbs and wide receiver Webster Slaughter into their Legends program.

The Browns’ ceremony for Cribbs and Slaughter was supposed to happen in 2020, but it got postponed because of the COVID-19 pandemic.

Cribbs’ eight career kickoff return touchdowns are tied for the NFL record along with Leon Washington and Cordarrelle Patterson.

In his 10-year career, Cribbs also played for the New York Jets in 2013 and the Indianapolis Colts in 2014.

While Metcalf is listed as a running back, he was a key contributor catching passes out of the backfield during his career as well as a return man.
As a member of the Browns, Metcalf played in 88 games, rushing for 2,229 yards and 11 rushing touchdowns along with 297 receptions for 2,732 yards.

In 2008, the Browns honored Metcalf in their Legends program.

In 2001, Perry was one of five former Browns to be named to the team’s Legends program.

Byner is most remembered for the infamous play known as “The Fumble” in the 1987 AFC Championship game between the Browns and the Denver Broncos.

Byner took a handoff to the left and appeared like he was going to score the game-tying touchdown, but Broncos defensive back Jeremiah Castille stripped him at the 1-yard line.

The Broncos recovered the fumble.

“The Fumble” overshadowed what was an impressive performance by Byner, who finished the game with 67 rushing yards, seven receptions for 120 yards and two touchdowns.

Playing alongside fellow running back Kevin Mack, Byner had 2,713 rushing yards and 2,034 receiving yards for the Browns from 1984-88.

In 1985,  Byner and Mack became just the third running back duo in NFL history to each rush for 1,000 yards in the same season.

In 2006, the Browns honored Byner in their Legends program.

A few other players who had brief stints with the Browns also made the Hall of Fame’s list of 122 players.

Clay Matthews Jr. was named a HOF finalist in 2021, but is no longer a modern-era candidate after exhausting his 20-year eligibility.

Matthews must now go through the coach/senior committee path if he is to be inducted into the HOF.