You are here: Home / Daily News / What A Browns Win Over the Chiefs Would Mean In Cleveland 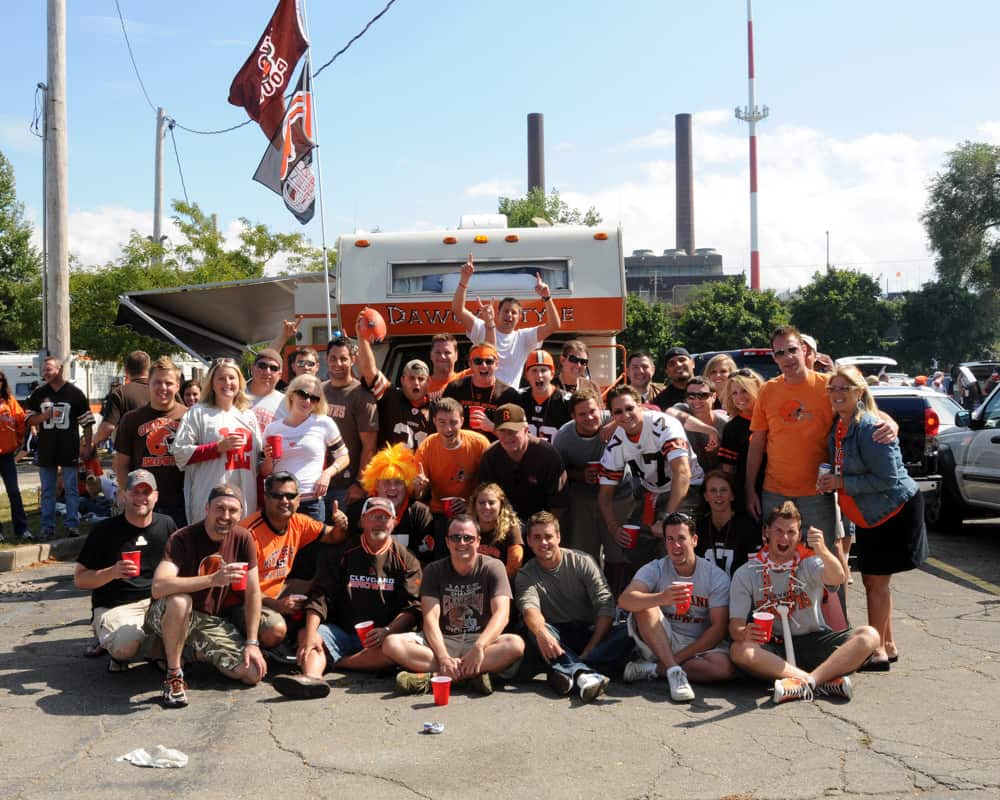 Cleveland Browns fans probably felt like they were in a dream last Sunday night.

The Browns went up 7-0 before we knew it and the 28-0 score at the end of the first quarter was straight out of a ridiculous movie script.

But it happened and the Browns actually won a playoff game on the road in Pittsburgh.

Getting that first playoff win, and one in general in Pittsburgh, was the first step.

Now comes the biggest challenge this franchise has faced since returning in 1999.

3 a.m. and our fans were there to welcome us home.

What a Win Over the Chiefs Means on the Field

A win over the Kansas City Chiefs would instantly make the Browns a Super Bowl favorite.

Accomplishing this goal would mean the team looked great because we all know Patrick Mahomes isn’t going to throw four interceptions or look remotely as bad as Ben Roethlisberger did last week.

If Mahomes does toss four picks some fans may begin to question reality.

The Browns are going to need to follow the formula the Las Vegas Raiders did to take down the mighty Chiefs during the regular season.

The Raiders picked up a 40-32 victory and forced a rare interception from Mahomes.

Saying the Browns need to outscore the Chiefs is obvious because you must always score more points to win.

In this context, it means they must win in a shootout that features two former Big 12 gunslingers at quarterback.

The Browns aren’t going to win this game if they don’t go over 30 points.

And that is on the extreme low end of the spectrum.

Baker Mayfield and the offense winning the shootout, while the defense makes a few big plays as well, would totally flip the narrative of the franchise in a matter of one afternoon.

What Such a Win Would Mean for Browns Fans

Last Sunday’s win in Pittsburgh was an emotional rollercoaster for so many that ended in extreme relief.

The 2003 January loss in Pittsburgh?

The Browns took down their top rival and seemingly ended Roethlisberger’s reign of terror all in a matter of a few hours.

But that was only the Wild Card Round.

The mighty Chiefs got the lone bye in the AFC and would have been confident no matter who showed up on their schedule this week.

The Browns actually winning would turn the team into a Super Bowl contender this year and beyond.

And not a fake contender like they were under Freddie Kitchens.

Fans from all generations could finally believe again and it would be clear this isn’t just a bunch of luck all coming together at once.

Fireworks would be lighting up the Cleveland skyline and fans may have to take a run or two around the block just to get all that energy out.

The Browns beating the Steelers was a moment two decades in the making.

However, that was not the same dominant Steelers seen for so long and the Browns were gifted countless opportunities to win.

A win over the Chiefs will not be as easy and Browns fans would have their faith rewarded after so much heartbreak and embarrassment.