You are here: Home / Daily News / 5 Factors That Will Determine Browns Versus Seahawks Matchup 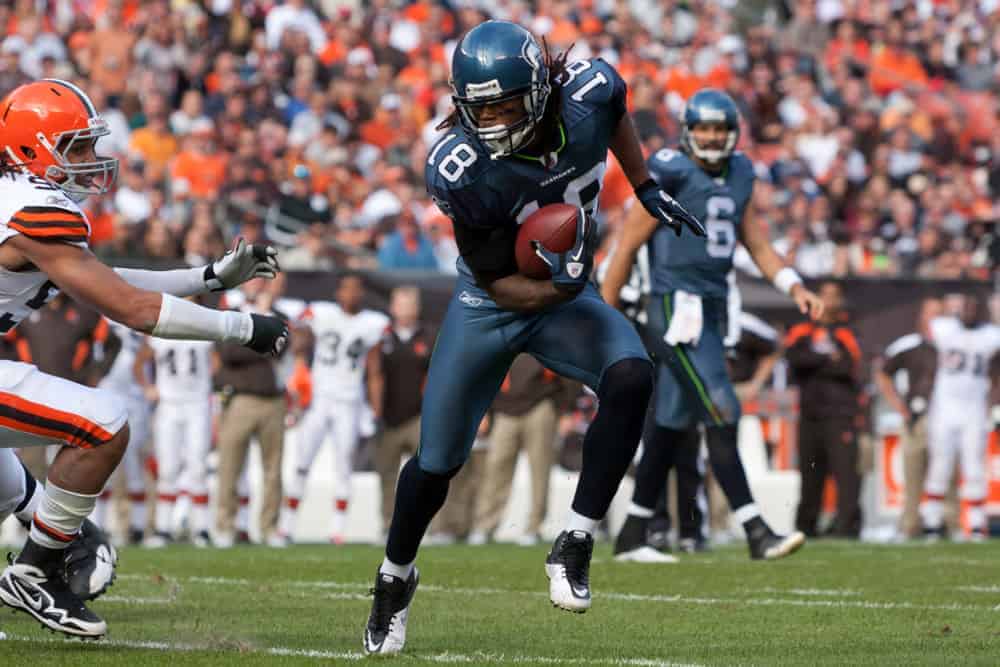 After a disappointing loss to the San Francisco 49ers on Monday Night Football, Baker Mayfield and the Cleveland Browns return home against the Seattle Seahawks.

The Seahawks are coming off a hard-fought victory against the Los Angeles Rams.

Vegas favorited the Browns by two points earlier in the week, but currently, the Seahawks are one-point favorites.

The public is likely overreacting to the Browns’ terrible showing on Monday.

The Browns need to gain momentum heading into their bye week if they want any chance at defeating the league’s best New England Patriots the following week.

This is a very important game for the city of Cleveland, and a game the Browns can win.

One of the most underrated impacts on team performance is travel.

The Browns traveled into San Francisco on Monday, while the Seattle Seahawks have not played football since Thursday.

Traveling from the West Coast on a short week is draining, and the Browns will have to overcome that obstacle.

Fortunately, the Seahawks are traveling from Seattle to Cleveland, but the three extra days of preparation made for a much easier transition.

Overall, despite being away from home, the Seahawks have the advantage when it comes to travel.

The Browns will have to figure out a way to tire out a well-rest Seahawks’ defense.

Baker Mayfield has been disappointing the Cleveland faithful since the beginning of the season.

In his last game, he threw for 100 yards and 2 interceptions on 22 attempts.

One of those interceptions came via the poor performance of Antonio Callaway, so Mayfield is not at fault.

On the season, Mayfield recorded a passer rating over 100 once, which happened in their win over the Baltimore Ravens.

He was only sacked once in that game. Opposing defenses sacked Mayfield at least three times in all other contests.

Russell Wilson, on the other hand, is an early-season candidate for MVP. He has yet to see his passer rating drop below 100 in any game this season, and that is despite being sacked 13 times.

The Browns are going to have to find an answer to Wilson’s hot start in order to snag a victory this Sunday.

Overall, the Seahawks have a clear and distinct advantage at the quarterback position.

The Browns can slow Wilson down by maintaining an advantage in time-of-possession, but play calling needs to be crisp this week.

It is no secret that Pete Carroll loves to hand the ball off. Currently fifth in the league in rushing play percentage (47.7%), the Seahawks are going to force Cleveland’s hand on defense.

Unfortunately for the Dawg Pound, the Browns’ defense is allowing 5.2 yards per carry, which is third-worst in the league. The 49ers, led by Matt Brieda and Tevin Coleman, decimated them for over 250 rushing yards last week.

Again, the best way to stop the Seahawks’ offensive attack is time-of-possession on offense.

Nick Chubb must be a bigger part of the Browns’ game plan this week. He has been a diamond in the rough early in the season.

The most important situation for the Browns to navigate involves their WRs. With both Odell Beckham Jr. and Jarvis Landry recently expressing frustration with the team, Freddie Kitchens and Mayfield need to rally the troops.

This week, Rashard Higgins returns, and with how underwhelming Callaway performed last week, he is worth keeping an eye on.

The Seahawks’ pass rush is not nearly as impressive as the 49ers, and if Mayfield has time, he should be able to find open WRs downfield. Seattle could be in trouble if the Browns get off to a hot start.

The Browns’ confidence is at an all-time low this season. A win over the Seahawks goes a long way to restoring that confidence, which is very important in a wide-open division.

If the Browns start this game firing on all cylinders, Wilson and company will be in for a long Sunday.

Jason Bales is an avid sports enthusiast. He has been writing professionally in the sports and sports betting industries since 2012. In 2016, he earned his B.A. degree in philosophy from Albright College, and in 2019, he earned his M.A. degree in the same subject from West Chester University. Not only has his education provided him with excellent writing skills, but his unique philosophically-informed stance toward sports analysis leans heavily on analytic reasoning and critical thinking.

Landry: "We May Not Be As Good As We Thought We Were"