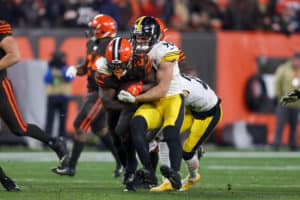 Nearly 10 months after the Cleveland Browns played one of their most memorable playoff games, they will matchup with Pittsburgh once again. The Browns are coming off a win against the Broncos in what was a coming out party for running back D'Ernest Johnson. Both the Steelers and Browns are trying to keep pace with the Ravens and Bengals in the AFC North … END_OF_DOCUMENT_TOKEN_TO_BE_REPLACED 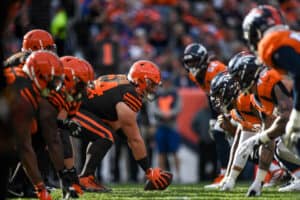 The 3-3 Cleveland Browns and 3-3 Denver Broncos are set to faceoff on Thursday night football. The Browns have been hit hard with the injury bug and will start Case Keenum at QB. One of these teams will move forward with a winning record and the other will fall to 3-4. Who will prevail? Let’s take a look at our writer’s bold predictions for this Thursday … END_OF_DOCUMENT_TOKEN_TO_BE_REPLACED 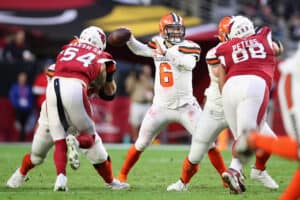 The Arizona Cardinals stand as the last undefeated team in the NFL at 5-0. The Cleveland Browns arrive back home after a disappointing loss to the Los Angeles Chargers. The teams last met in 2019 when the Cardinals beat the Browns 38-24. Which team will prevail? Let’s take a look at our writer’s bold predictions for this Sunday’s … END_OF_DOCUMENT_TOKEN_TO_BE_REPLACED 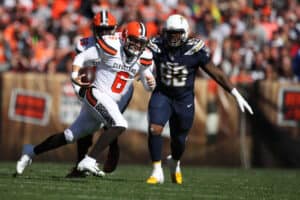 The Cleveland Browns and Los Angeles Chargers are both off to fast starts at 3-1. The Chargers have beaten the Browns in their last two meetings and are 5-2 in their last 7. Which team will prevail? Let’s take a look at our writer’s bold predictions for this Sunday’s matchup.   Writer: Wendi … END_OF_DOCUMENT_TOKEN_TO_BE_REPLACED