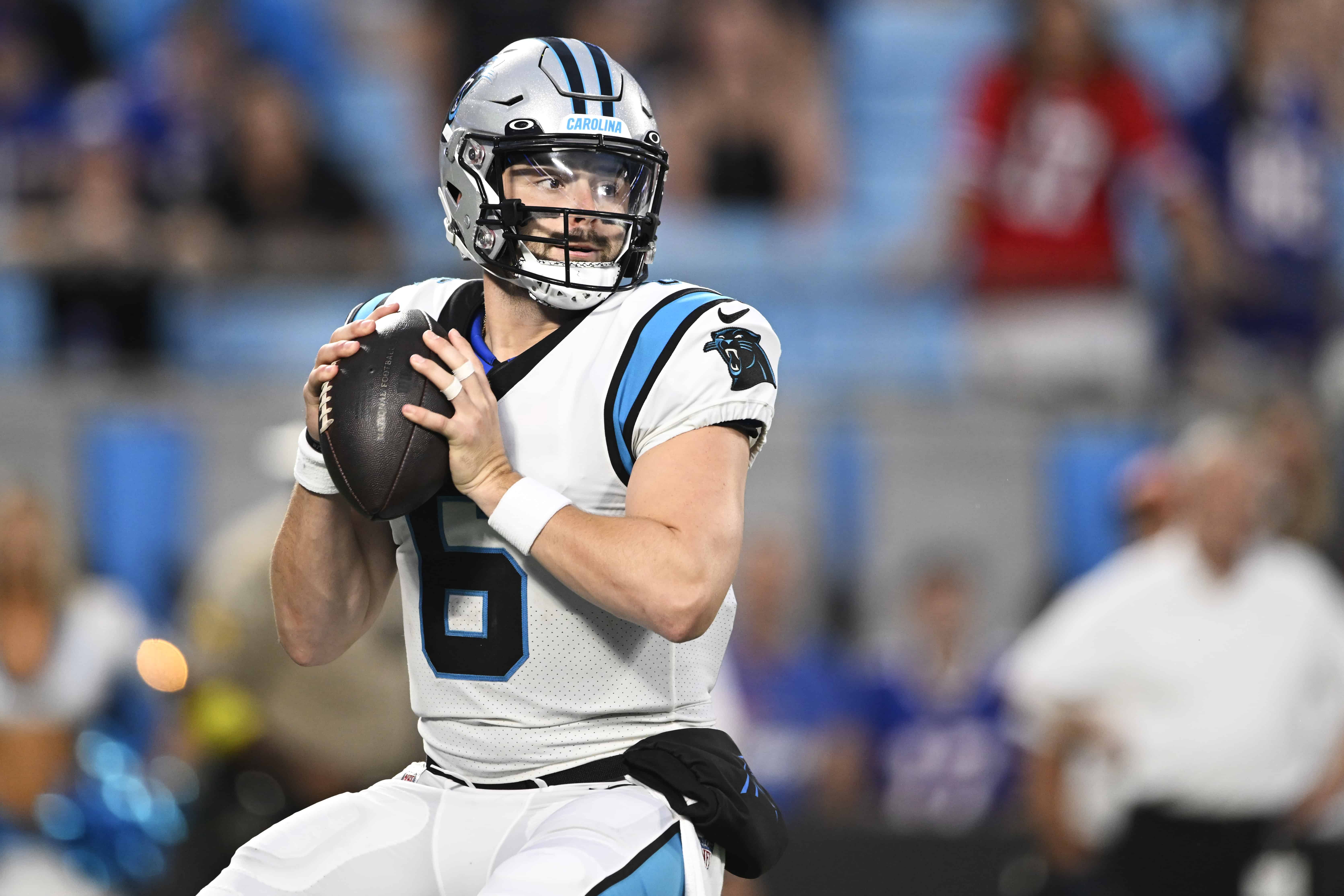 After four turbulent seasons with the Cleveland Browns, Baker Mayfield is now a member of the Carolina Panthers after demanding to be traded several months ago.

His Panthers will take on the Browns in Week 1 of the upcoming NFL season, and he made a provocative comment about his feelings on the matchup.

But now, in a strange twist, the quarterback is backtracking on that comment – sort of.

He claims he didn’t really make the comment – or more accurately, that he was goaded into saying it.

Cynthia Frelund, the NFL Network reporter he said it to, has apparently corroborated his claim.

She was on the “Around the NFL” podcast with Dan Hanzus, Marc Sessler and Gregg Rosenthal when she got him to say those five fiery words.

“Frelund shared on the podcast and repeated to ESPN.com that she talked to Mayfield after the Panthers’ 21-0 victory and said that Mayfield repeated her words when she playfully told him to ‘f— them up,'” wrote David Newton of ESPN.

‘He echoed it back,’ Frelund told ESPN.com. ‘It was very innocuous on his part. The tone was gracious and happy and excited.'”

It looks like this may have been much ado about nothing, but even if Mayfield had made the comment unprovoked, it still wouldn’t have been a big deal.

Trash Talking Is A Part Of Sports

Sports fans love rivalries, and in the absence of a rivalry, they love to watch a matchup where both sides have a healthy sense of hate for each other.

It’s different from true hate, which is toxic, as sports hatred can be healthy and fuel a very healthy sense of competitiveness, urgency and needing to win.

Many fans lament that sports in this day and age are lacking such rivalries and matchups.

Gone are the days of the Dallas Cowboys versus the San Francisco 49ers or the then-Oakland Raiders and the other heated rivalries that made the NFL into what it has been in the modern era.

The Panthers have never had anything approaching a rivalry with the Browns, and given that the Panthers are stuck in rebuilding mode, perhaps a rivalry between the two teams may not materialize for a long time.

But still, a Week 1 grudge match where, at least for a moment, both sides are filled with some sort of antipathy because of a talented QB who forced his way onto the other team would be good for the league.

Whether Mayfield meant to say what he said or not, multiple Browns players have gone on the record and said they don’t take any offense.

All-Pro pass rusher Myles Garrett took it in stride, acknowledging it will be good for both sides come Sept. 11.

At the end of the day, these men are professionals, and if anything, they should take the type of comment or attitude Mayfield put forth as some sort of a performance enhancer to generate some additional adrenaline and excitement for a ballgame.

After all, the Browns have much more pressing issues at hand, and they could sorely use a Week 1 victory, given their overall circumstances.