The 1-0 Cleveland Browns on coming off a thrilling defeat of the Carolina Panthers.

However, the Jets will be looking to pull an upset at First Energy Stadium.

The 1-0 Cleveland Browns have their home opener on Sunday against the 0-1 New York Jets.

Much like the Carolina Panthers, the Jets do not appear to have the depth on the roster to contain the Browns.

However, on any given NFL Sunday, things can happen that no one expects.

I don’t think that will be the case here.

The Browns had a week to smooth out the rough offensive edges that seemed to curtail the passing game against the Panthers.

As we saw, there was nothing wrong with the running game, the defense, or the kicking game.

Whereas I thought the Panthers game would be close (and it turned out to be just that) because it was an emotional one for players on both sides, this one will be a flat-out Browns win from start to finish.

The Browns will go to 2-0 with a 24-14 win on Sunday, and if they keep this up, the enthusiastic Dawg Pound could be booking trips to the 2023 Super Bowl in Arizona by October.

This week's game poster is @joethomas73 approved ☑️
Get there early on Sunday to secure yours!! 🖼#NYJvsCLE | #Browns pic.twitter.com/Qca3wbkoKF

This game could have its share of emotion on the Browns’ side with Joe Thomas being honored as a legend at halftime and the possibility of Myles Garrett getting two sacks and overtaking Clay Matthews Jr. as the Browns’ all-time sack leader.

These two storylines will prove more interesting than the game itself.

Brownie the Elf is in place to hex opponents and bring Cleveland Browns fans another football championship.

All the team has to do now is win a bunch more football games.

And if ever a team came in here ripe for the taking, it is the New York Jets.

With an immobile quarterback behind a suspect offensive line, Myles Garrett could have the team’s sack record this week.

But he might find a crowd at the quarterback trying to steal a few of the captain’s stats.

Jets’ head coach Robert Saleh would like to cut that in half against Cleveland.

And if the Browns control the ball like they did last week, it might not be that hard a task.

But that brings us to the Jets’ defense, which did a credible job against the Ravens.

They came in just behind the Browns (58 yards) for the third-best rushing defense (63 yards).

There is, however, a huge difference between defending the Ravens’ rushing offense and trying to stop the Browns.

Containment is 75% of stopping Lamar Jackson and Kenyan Drake.

But the Jets have to tackle Nick Chubb and Kareem Hunt this week, not just contain them.

Cleveland will run amuck again in Week 2, keying their offense and keeping the defense off the field.

And fans can expect a more efficient Jacoby Brissett now that he got his Week 1 emotions out of the way.

They can also expect more from David Njoku, David bell, and Demetric Felton…

That is why the Browns are a 6.5-point favorite in Vegas, a spread they’ll cover handily this week.

Here are a few things we learned about the Browns after Week 1.

The Browns’ defense is strong and Myles Garrett already looks like a Hall of Famer.

Cleveland has two of the best running backs in the NFL.

Cade York just might become the next Phil Dawson.

The New York Jets come to Cleveland this week having lost last Sunday to the Baltimore Ravens.

Unfortunately for New York fans, the Jets look like the same old Jets.

They lost 24-9 and currently have the 29th-best offense in the NFL and the 22nd-ranked defense.

Basically, Cleveland just needs to use the same formula they used last week against Carolina to win their second in a row.

The New York defense is not much better than Carolina’s, but their run defense only allowed 3.0 yards per carry last week against the Ravens.

Can the Jets stop the one-two punch of Chubb and Kareem Hunt?  I don’t think so.

Brissett looked like a career backup last week, passing for only 147 yards, but it helped that he did not throw an interception.

The New York secondary can get scored on, but Brissett will actually have to find his receivers more.

Joe Flacco starts for the Jets, and to be honest, I thought he retired a few years ago.

Last weekend, Flacco didn’t look too bad, passing for 307 yards and a touchdown.

I believe he will have a rougher time against Garrett and the Browns’ secondary.

After all, he was hit 11 times last week and sacked three times.

Cleveland will be looking for their first 2-0 start since 1993 and I believe they can do it.

No need for York to boom a game-winner this week.

3 Bold Predictions For Browns Vs. Jets 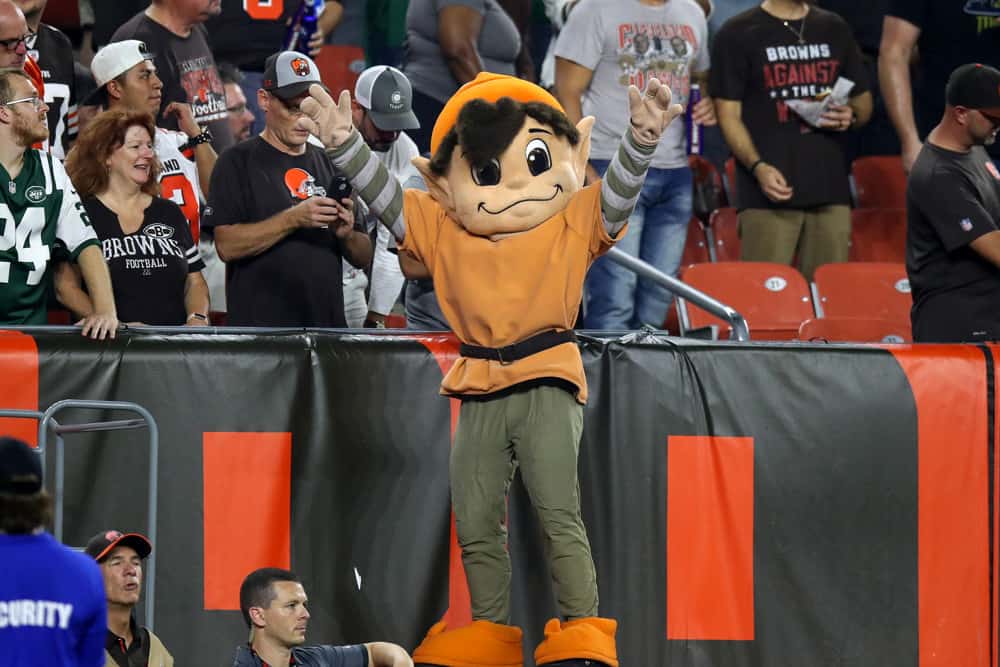