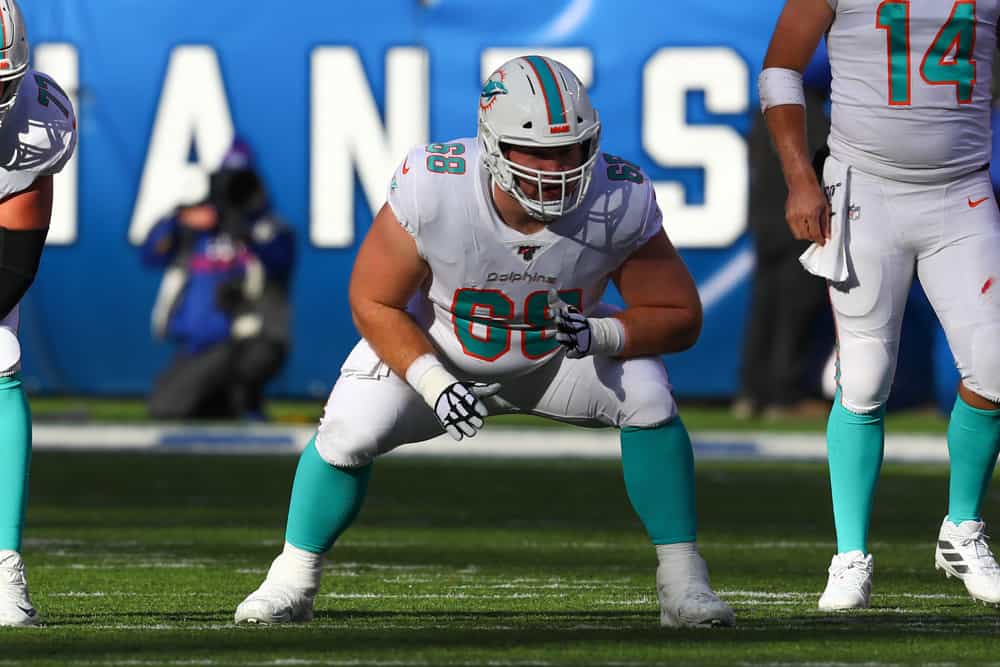 The Cleveland Browns added depth at offensive line on Thursday.

Along with the signing of defensive tackle Andrew Billings, the Browns announced the addition of center Evan Brown.

It was his second season after going undrafted in 2018 out of Southern Methodist.

After going undrafted in 2018, Brown made the New York Giants’ final roster.

However, Brown was inactive for every game during his rookie season.

At the beginning of the 2019 season, Brown was waived by the Giants and assigned to the practice squad the next day.

Brown was then promoted to the active roster on November 9th but was waived two days later before resigning to the practice squad.

On December 4th, the Dolphins signed Brown off the Giants’ practice squad.

Brown appeared in the final three games of the season for the Dolphins and was released on March 18th.

As a senior, Brown started all 13 games at center and blocked for an offense that ranked 12th in the nation in scoring offense, 15th in total offense, and 19th in passing offense.

He finished his career being named to the All-American Athletic Conference honorable mention team.

Brown’s contract may not have cost an arm and a leg, but every penny saved matters when there is a salary cap.

Some cap space for Cleveland, security for Hubbard.

The Browns have a glaring need at left tackle and Washington Redskins’ Trent Williams remains a possibility.

#Redskins Trent Williams still an option for the #Browns, Odell Beckham Jr. not on the block, #Vikings Anthony Harris not in the cards right now, and more https://t.co/asoyjTw9tR

Cabot added that Williams’ former offensive line coach in Washington, Bill Callahan, “is now with the Browns in that capacity, and thinks highly of Williams.”

Washington continues to be open for a trade of Trent Williams. I’m told it’s not a rigid second-round pick, though. Team is willing to work with a potential trade partner.

ESPN Analyst Says Browns One Of NFL's Most Improved Teams