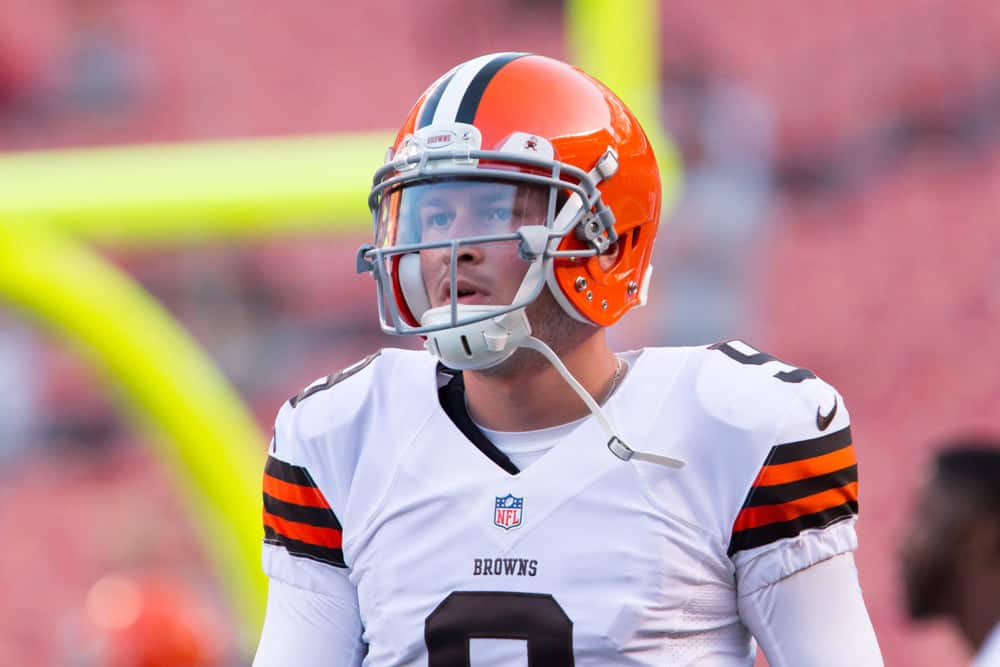 Former Cleveland Browns quarterback Connor Shaw will have a new job at South Carolina according to new HC Shane Beamer.

Shaw finished the 2020 season as an interim quarterbacks coach at South Carolina, but it was uncertain that he would be tabbed a permanent option.

In addition, Connor Shaw
will return in a to-be-determined, off-the-field role. #SouthCarolina

Beamer was a recruiting coordinator that helped bring Shaw to South Carolina over a decade ago.

“The day I walked into the building, when I met with Connor, the first thing I said to him was ‘Under no circumstances am I letting you walk out this building and not be part of this program,’” Beamer said Monday morning. “He is everything that is right about South Carolina football and I’m not going to let him walk out of that building and go anywhere else, even if that was across campus to go work in administration.”

Beamer announced 7 of his 10 assistants, but didn’t offer a specific role for Shaw at this time.

Connor Shaw’s time with the Browns

Shaw, undrafted out of the University of South Carolina, started a single game for the Browns during the 2014 season.

He would stick around the league for a few more years, ending up on the Bears’ practice squad before calling it a career in 2016.

@Browns Thankful for the two years spent in CLE. Learned & grew a lot! Ready to see where God guides my family next!

Shaw is the winningest quarterback in South Carolina history and went 27-5 as a starter during his career with them.

This included a 17-0 record at Williams-Brice Stadium.

After wrapping up his playing career, it didn’t take Shaw long to get into coaching.

In 2018, he signed a contract to coach tight ends at Furman University, an FCS school.

He would leave just before the start of the 2018 season because of conflicts with “a personal business opportunity.”

2020 would see him return to South Carolina, becoming the head of player development under former head coach Will Muschamp.

Interim head coach Mike Bobo tabbed Shaw to be the interim quarterbacks coach, and also helped him work with the offensive planning.

You typically don’t see holdover from one staff to another, but Beamer did the opposite.

Needless to say, Gamecock fans are hoping for a little more success in the coming years.

3 Browns Players Who Need To Step Up Vs Steelers