He was the final member of the Cleveland Browns‘ 2022 NFL Draft class to finalize a deal.

Particulars of the agreement have not been released by the Browns.

Per Brad Stainbrook, the Browns have signed Winfrey.

Source: #Browns and DT Perrion Winfrey have agreed to terms on his rookie contract.

But despite limited flexibility in parameters, an unusual number of 4th-round picks delayed signing on this year.

Several reports blamed the Houston Texans for giving their 4th round pick a slightly bumped-up salary.

Winfrey already felt slighted by his slide into the 4th round.

It makes sense he’d want a salary that at least matched the $25,000 kicker of Dameon Pierce.

But whatever the hold-up was, Winfrey doesn’t sound like he is insulted or upset by the end result.

Winfrey Happy To Be a Dawg

Despite questionable utilization by his coaches, Winfrey racked up 5.5 sacks and 11 tackles for a loss in 12 games.

He made a habit of slicing into the backfield from his nose tackle position.

Andrew Berry called 3 names in the third round of the draft without fortifying his interior defense.

But when Winfrey was still available at pick 108, it was a no-brainer to add him to Joe Woods’ defense.

“This was a wake-up call, this gave me all the fuel and fire to come into the league…I’m a dawg now though, I can’t complain,” Winfrey said at the time.

Besides his playing skills, the former Sooner won Browns fans over with his raucous personality.

And he paid appropriate homage to Myles Garrett, declaring he would mimic the All-Pro’s actions and habits.

What It Means To The Browns

Fourth-round linemen don’t typically get the attention and accolades of a first-round selection.

But it was important to get a deal done with the Browns’ larger-than-life rookie.

With all 9 picks signed and in the fold, there are no distractions or awkward questions in their rookie camp.

Despite the social media backlash and debate over Cleveland’s quarterback situation, all is calm in Berea.

Their roster is mostly set, with perceived weaknesses entrusted to the current group of players.

Only a 4th quarterback to compete with Josh Dobbs for the QB3 (and a temporary QB2) role is open.

Cleveland rookies will compete for important support roles around the team’s core.

And taking care of Winfrey only enhances the calm, business-like approach of the Cleveland Browns staff. 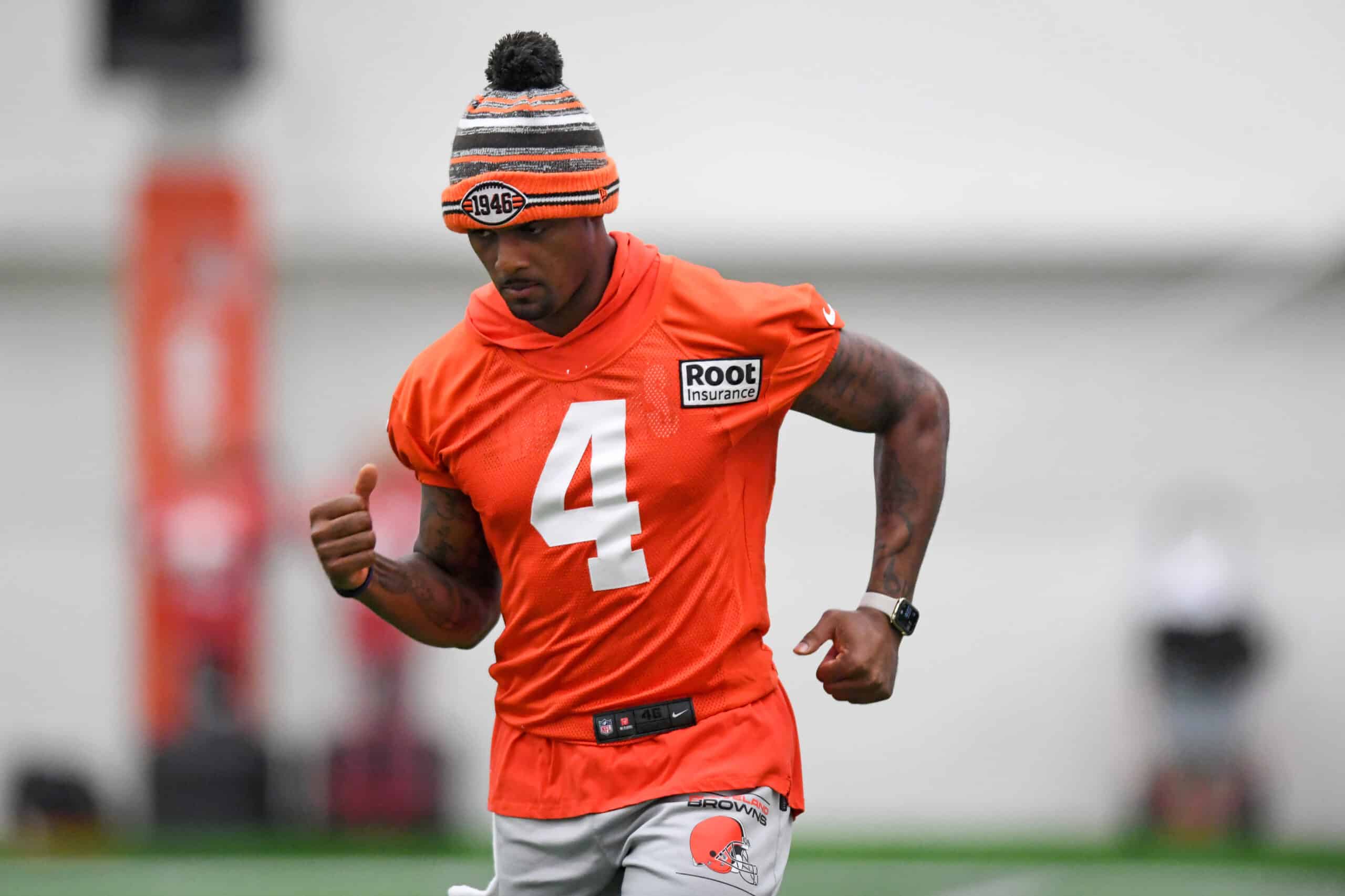