You are here: Home / Daily News / Should The Browns Be Worried About Jacoby Brissett? 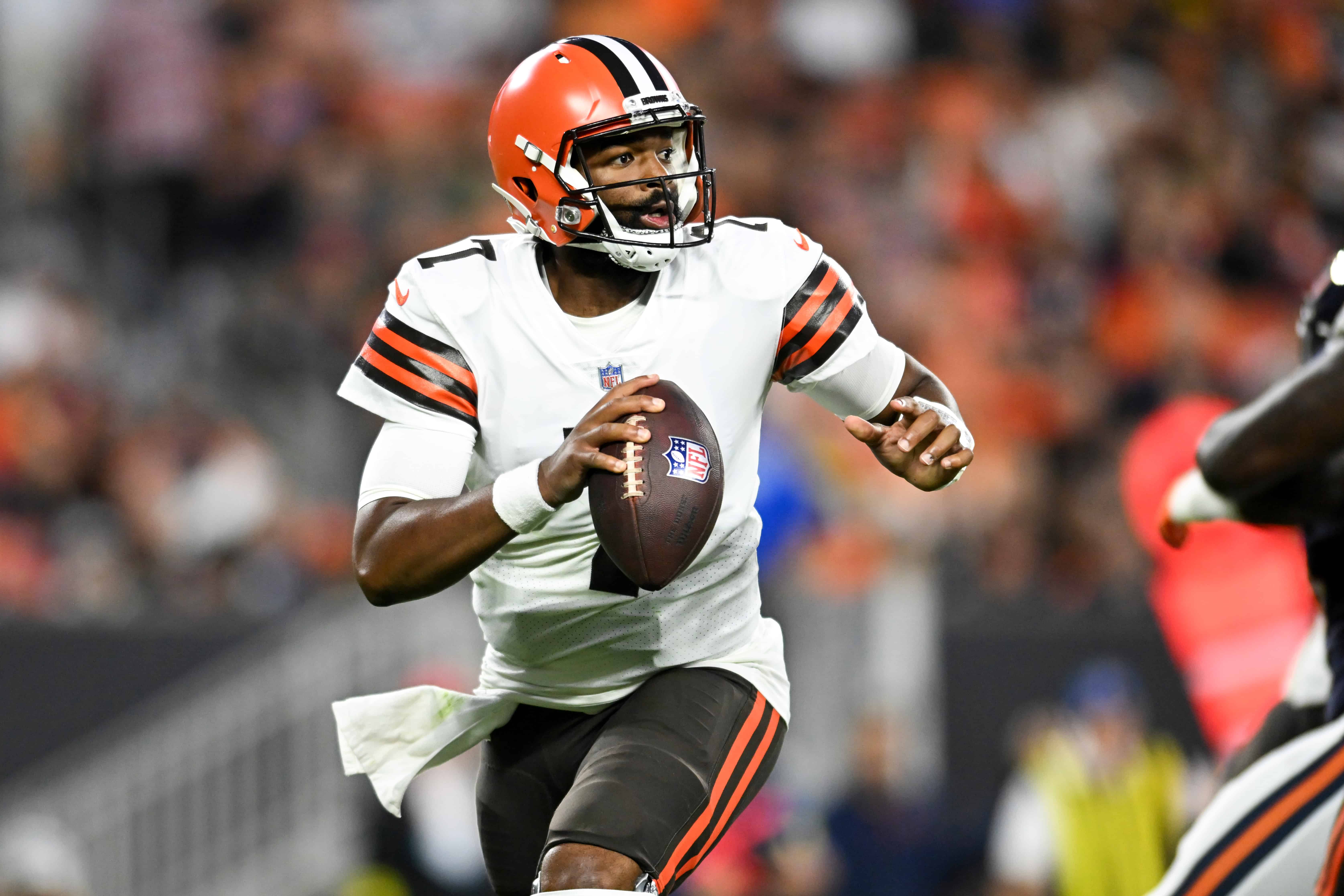 Statistics can tell us an awful lot about an NFL player or team.

But they can’t tell us everything about Cleveland Browns quarterback, Jacoby Brissett.

Largely accurate. Didn’t make many mistakes— Schwartz got pummeled on his INT— I think you saw what you can expect out of him. #Browns

There were no touchdowns and he followed up his 2 best passes with an interception.

It was enough to set off the Browns’ social media doomsday crowd and initiate a “Start Josh Dobbs” movement.

Kevin Stefanski and Andrew Berry both said they thought Brissett played well in his 2022 debut.

But most of us on this side of the television wonder if the Browns should be worried about Jacoby Brissett.

Jacoby Brissett came to Cleveland to be Deshaun Watson’s backup.

And there is a contingent who views him as a career second option.

But Andrew Berry knew Watson could miss the majority of 2022 when he chose Brissett.

He replaced Andrew Luck for 15 games twice and Miami signed him when they had major doubts about Tua Tagovailoa.

That makes him the second option, but for teams with a wary eye on the #1 quarterback.

His claim to fame is that he takes care of the ball, a game manager who can get by.

But last year he threw 4 picks to 5 touchdowns, not close to the ratio of his earlier years.

And the Bears’ preseason defense held him to a trio of 3-and-outs and a pick in 6 possessions.

And Browns fans are no different after watching Brissett shake off some early dust with a vanilla game plan.

Amari Cooper joins the action soon and he doesn’t just add a target to Brissett’s repertoire.

He takes attention away from Donovan Peoples-Jones and David Bell across the middle.

David Njoku and Harrison Bryant will bump the likes of Miller Forristall and Nakia Griffin-Stewart from the field.

Opponents will wait for that extra split second to see what Nick Chubb and Kareem Hunt are doing.

Everything will look different on September 11th with Brissettt surrounded by All-Pro-caliber teammates.

And memories of this late-August practice game will fade to the distant recesses of our minds.

What Should We Expect Of Brissett?

For sure, it would be silly to expect Jacoby Brissett to put up 400 yards and run for a couple of scores each week.

We saw enough in his time with Indianapolis to know he is a game manager, if a slightly above-average one.

But those teams were flawed up front, which is how Brissett got his chances behind an injured Luck.

This is the first season Brissett will have a solid pass-blocking group protecting him.

“It’s very easy for me not to be Deshaun Watson. Trust me.” – Jacoby Brissett

Is it enough to expect a winning record in Cleveland?

We won’t know until we see all the pieces working together against first-team NFL defenses.

But Berry and Stefanski seem confident enough, and the defense and special teams say they’ll step up.

And best of all, Brissett seems comfortable, happy, and confident heading into the fray of the 2022 season.

Fans React To News That Anthony Schwartz Will Not Be Cut