You are here: Home / Daily News / Should The Browns Trade For Jimmy Garoppolo?

With the NFL set to appeal Deshaun Watson’s six-game suspension, speculation continues on who will be playing quarterback for the Cleveland Browns this fall.

Right now, it seems veteran Jacoby Brissett will be lining up behind center if Watson’s suspension is extended.

But analysts and reporters have been throwing another name into the mix as of late.

The 49ers’ QB Jimmy Garoppolo is said to be on the table for Cleveland.

The #Browns discussed Jimmy Garoppolo and did their homework on the #49ers QB earlier in the offseason, per source. Revisiting those conversations would depend on length of Deshaun Watson’s suspension, asking price, Garoppolo’s recovery, etc.

Garoppolo started for the 49ers last year, leading the team to a 10-7 record as well as an NFC Championship before losing to the Rams.

Despite his past success, the 49ers are now moving on to their younger quarterback, Trey Lance– leaving Garoppolo as an option for other teams to pursue.

Even with the Browns acquiring Josh Rosen and Jacoby Brissett this offseason, there are a few reasons why they could acquire Garoppolo as well.

The Browns can afford him

With the Browns’ current $48.7 million in available space, they wouldn’t have much trouble acquiring Garoppolo and his $27 million contract.

The team wouldn’t have to do too much other than figure out a trade with the 49ers.

It’s been reported the 49ers are eager to get him off the books and may even release him before the season starts.

Trey Lance shouldn't have to surrender a single rep this offseason to Jimmy Garoppolo, or worry about which quarterback the locker room prefers. If the #49ers can't trade Garoppolo, which seems to be the case, release him and move on. Keeping him around shouldn't be an option.

This is good for the Browns and may even help leverage the team into not giving too much up for Garoppolo.

He has recovered from surgery

Earlier this spring, Garoppolo underwent surgery for a torn capsule in his throwing arm.

Months later, he is now at training camp throwing the ball and looking NFL-ready.

And even with his injury past, he proved can stay healthy by playing nearly an entire season last year.

He is better than Brisset

Brissett is often said to be one of the best backup quarterbacks in the league.

And while some argue Garoppolo should be a backup versus a starter, he is still considerably better than Brissett.

At least their records say so.

Garoppolo proves he can not only win more games in the regular season but can make playoff runs as well.

While Brisset has proven to have some success in the regular season, there is no promise he could lead the Browns to the playoffs let alone a playoff run.

He has an image the Browns need

With all the PR trouble the Browns have faced after trading for Deshaun Watson, putting a guy like Garoppolo at the front of the franchise would be a welcomed change of pace.

He is the good-looking, no-problem, nice guy everyone would love to bring home to their mothers.

He is not problematic, isn’t facing legal trouble and has a good image around the NFL– the kind of image the Browns could use right now.

The team would obviously prefer to start Watson given his elite abilities.

But if he is suspended for the better part of or an entire season, it could be a smart move for the Browns to acquire a guy like Jimmy Garoppolo. 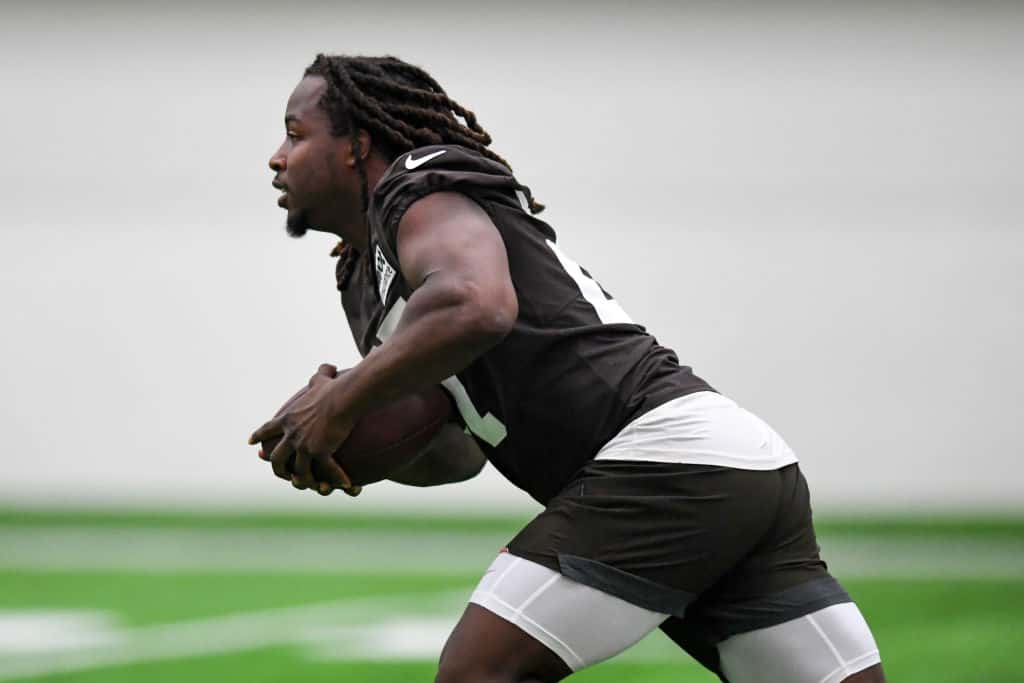 3 Things To Know About Chris Odom