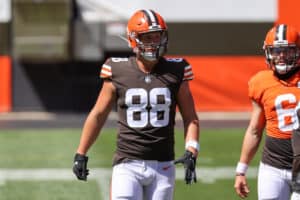 The injuries continue to pile up for the Cleveland Browns early in the season. The organization placed tight end David Njoku on the injured reserve after he suffered a knee injury during Sunday's blowout loss to the Baltimore Ravens. https://twitter.com/AdamSchefter/status/1305574570280325120 This is a shame since Njoku seemed to be one of the few players … END_OF_DOCUMENT_TOKEN_TO_BE_REPLACED

Each season the Cleveland Browns give out an award to the best rookie during training camp. The team has announced that Florida Atlantic tight end Harrison Bryant won the Maurice Bassett award this year. https://twitter.com/Browns/status/1300814233282715649 Bryant won the award in a vote from the credentialed media. Past winners include names such as Mack … END_OF_DOCUMENT_TOKEN_TO_BE_REPLACED 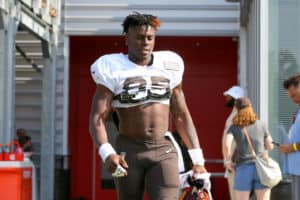 For all intents and purposes, the David Njoku saga came to quite an anti-climactic conclusion. Just under a month after word broke that he had requested a trade from the Cleveland Browns, the tight end claimed he was “all in” with the team. The Browns successfully convinced Njoku to back down from his demand, which, based on new coach Kevin Stefanski’s historical … END_OF_DOCUMENT_TOKEN_TO_BE_REPLACED 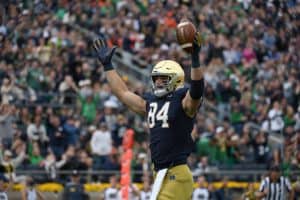 Looking ahead to the 2020 draft, the Cleveland Browns may be in need of a tight end.  Although he is still under contract, David Njoku may find himself elsewhere next season.  Demetrius Harris, Stephen Carlson, and Ricky Seals-Jones are currently on the roster.  However, none of them appear to be a long-term answer for the Browns.  New … END_OF_DOCUMENT_TOKEN_TO_BE_REPLACED