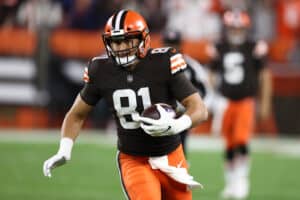 Another day, another Cleveland Browns player is shown the door. This time, it’s tight end Austin Hooper. Jeremy Fowler of ESPN reported that the team will release Hooper as a post-June-1 resignation. https://twitter.com/JFowlerESPN/status/1504101544043687948 What does that mean? Well, if the team released him right now, the team would only save $2 million in … END_OF_DOCUMENT_TOKEN_TO_BE_REPLACED 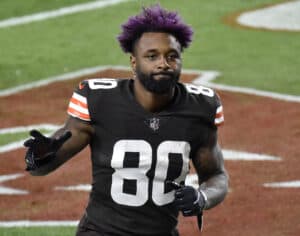 Cleveland Browns wide receiver Jarvis Landry sprained his MCL in Sunday’s win over the Houston Texans. The eight-year veteran has missed one regular-season game in his career, which came in the 2020 season after the Browns placed him on their COVID-19/reserve list. On Monday, head coach Kevin Stefanski said Landry is considered “week to week.” Stefanski … END_OF_DOCUMENT_TOKEN_TO_BE_REPLACED 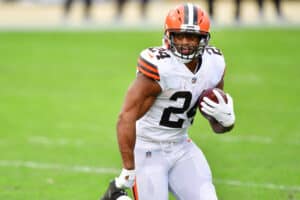 The makers of the popular EA Sports video game “Madden NFL 22” have ranked Nick Chubb as the NFL’s third-best running back. The Cleveland Browns running back is rated a 96 overall behind Christian McCaffrey of the Carolina Panthers (97) and Derrick Henry of the Tennessee Titans (96). EA Sports has started to release its top 10 players by position groups ahead of … END_OF_DOCUMENT_TOKEN_TO_BE_REPLACED 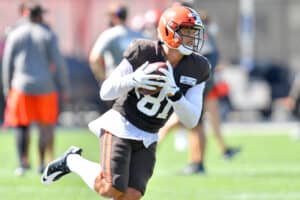 Whether fans like to admit it or not, NFL players like to have fun when they play. The NFL is a business, but football is still a game. It’s important for teams to strike that balance between having some fun and getting serious. Cleveland Browns tight end Austin Hooper seems to think this year’s team will have that balance and will benefit from … END_OF_DOCUMENT_TOKEN_TO_BE_REPLACED 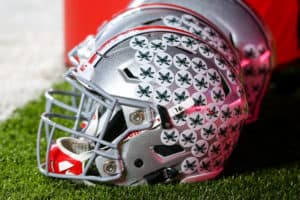 Ohio loves their Ohio State football. Most folks seem to have a love/hate relationship with Buckeye football. One side can’t get enough scarlet and grey while the other side waits for the first one to shut up. This kind of emotional involvement tends to skew how Ohioans view Buckeyes in the NFL Draft, either for better or worse. Each year, however, there … END_OF_DOCUMENT_TOKEN_TO_BE_REPLACED