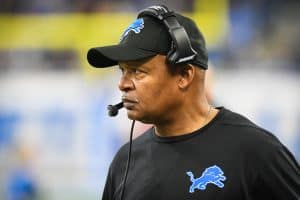 Former Indianapolis Colts and Detroit Lions coach Jim Caldwell is ready to return to the sideline unnamed sources told CBS Sports in December. Due to health reasons, Caldwell took an indefinite leave of absence as the Miami Dolphins assistant head coach and quarterbacks coach before the start of the 2019 season. Caldwell, 64, could return to Miami under head … END_OF_DOCUMENT_TOKEN_TO_BE_REPLACED 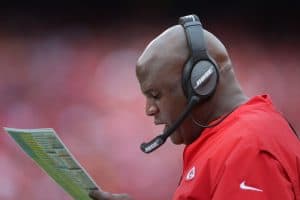 With the Cleveland Browns parting ways with Freddie Kitchens on Sunday, the search for a new head coach in Cleveland is on. A flurry of different names has emerged as potential candidates for the Browns. Chiefs offensive coordinator Eric Bieniemy is one of them. The Browns already have requested to interview Bieniemy, along with a handful of other names … END_OF_DOCUMENT_TOKEN_TO_BE_REPLACED