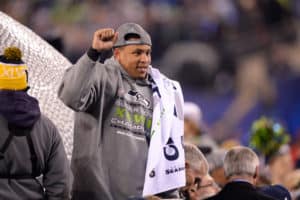 The Cleveland Browns announced Sunday they have signed veteran linebacker Malcolm Smith. The team did not disclose the terms of Smith’s contract. On Sunday, the Browns waived center Casey Dunn to make room for Smith on their 80-man roster. The acquisition of Smith adds depth to the Browns' linebacking corps after Mack Wilson hyperextended his knee on Tuesday during … END_OF_DOCUMENT_TOKEN_TO_BE_REPLACED