On April15, the Cleveland Browns unveiled the latest iteration of their home and away uniforms.

This new look is the first significant overhaul to the uniforms since 2015.

The Browns have updated or tweaked their uniforms consistently since their inception in 1946.

Here is a look back at all the noteworthy uniform changes since the beginning, highlighting each decade.

Note: Not all uniform changes are listed here as some additions barely made a ripple of news.

The Browns began their existence in the now defunct All-America Football Conference in 1946.

These were the #Browns uniforms in 1946 under Paul Brown. Note the numbering. pic.twitter.com/rdiHdIqkou

Uniforms that year were nothing flashy.

Cleveland wore plain white helmets (no face masks back then).

The uniforms had brown and orange horizontal stripes on the sleeves and the top of the socks.

Old pictures of the team show solid white pants with a long vertical stripe down the side.

The jerseys were brown and white for home and away and displayed “shadow boxed” numbering.

This was done to give the numbers a three-dimensional appearance.

On the brown home jerseys, the numbers themselves were orange with a white shadow.

The away white jersey numbers were dark brown with orange shading. In 1947, the numbers on the jerseys did not have the shadow effect.

This look is widely considered the “classic” Browns uniform.

The shadow boxed numbers wouldn’t be seen again until 2002.

The overall look of the uniform (minus the shadow-boxed lettering) stayed the same for the next seven years.

In 1950, the team began using a solid, orange helmet for the first time. In 1952, a single white center stripe was added to the helmet.

That same year, the team decided that the browns colored helmet would be the permanent, dominant helmet color.

The numbers on the new orange jerseys were white with a black outline.

The team wore these uniforms off and on for three years.

Facemasks were added to the helmets in 1954.

The Browns helmet underwent a new transformation in 1957.

For three years, until 1960, the helmets featured each player’s number on the sides.

The numbers themselves were brown.

In 1960, two solid brown stripes were added to each side of the white stripe down the middle of the helmets.

In 1961, the team would get rid of the numbers on the helmets.

The only time the numbers reappeared on the helmets in the future was for throwback games.

However, this idea never came to fruition.

The #Browns have said they may put a logo on their helmets. I like the CB logo. The other was the teams official logo from 1946-1965. pic.twitter.com/uYHRm8x0Xl

In 1969, the team added a commemorative patch to their uniforms.

The patch was a league-wide addition to commemorate the NFL’s 50th anniversary.

This was the first time that any type of patch had been added to the Browns uniform.

Ever wanted to get up close and personal with the NFL’s 50th anniversary patch? Here you go. pic.twitter.com/CUPaMDt5Dz

In 1970, Cleveland kept pace with the rest of the league and added player names to the backs of all jerseys.

This would become a permanent change that is still in place today.

The first ever TD in the #BattleOfOhio 1970 scored by Cincinnati’s Jess Phillips. Both uniforms designed by
Paul Brown 🔥 #bengals #CincinnatiFootballHistory pic.twitter.com/dfvP4dOtIX

For the 1975 season, orange pants were worn for the first time by the Browns.

In addition to the change in pants color, the face masks for the helmets were changed to white.

In a reversal from nine years prior, the pants went back to white.

However, a thick, orange stripe, bordered with two dark brown stripes, went down the side of the pants.

Also, the team had brown home jerseys with orange numbers on them.

Cleveland Browns QB Paul McDonald in the 1984 pre-season. The Browns wore these uniforms for only this one game vs. the Steelers. pic.twitter.com/OMnEIkbLqi

Unfortunately, spotters had a hard time accurately identifying the correct numbers on the jerseys during games.

Therefore, those jerseys were not used during the regular season in ‘84.

Last, but not least, the white away jerseys had a thick, brown horizontal stripe flanked by two orange stripes.

After one season with the “new” uniforms, the Browns immediately go back to the “classic” uniforms.

From the meadow emerges #Browns Kevin Mack and Earnest Byner, the NFL’s third-ever duo to each reach 1,000 rushing yards in the same season (1985). pic.twitter.com/agP5as01L1

These will remain the Browns uniforms until after the 1995 season when the team moved to Baltimore.

Anyone who claims that the classic Browns uniform is too plain, should look at a few Jim Brown photos. Perfect uniform. pic.twitter.com/ifGpNenTjT

After returning to the league from a three year hiatus, the Browns continue with their “classic” uniform.

A patch was affixed to each uniform with “1999” on it to signify their return to Cleveland.

The Browns played their first game since the 1995 season. With new uniforms, a new stadium, new hope, and… Drew Carey, Cleveland was ready for a new era.

The orange jerseys returned to make an appearance as a third uniform option.

As an added bonus, the orange jerseys see a return of the ‘shadow boxed’ number look that first appeared in the 1940s.

FWIW, this 2003 alternate uniform was my favorite the #Browns have worn. #Reebok designed, but hated by Lerners. #NFL pic.twitter.com/ytx1egZx5c

These pants were accompanied by a thick orange center stripe bordered by dark brown stripes.

By 2005, both the orange jerseys and orange pants were gone.

It’s barely noticeable, but the facemasks on the helmets changed from white to gray.

The team goes with solid brown pants with no stripes.

No cheating! You can’t look at any other comments. (Give YOUR best answer) pic.twitter.com/0GOrp1E47Y

By 2009, the pants were worn consistently with their white jerseys.

The team can be seen wearing white pants with their white jerseys.

Cleveland gets inventive and goes with a “Brown-out” version of their uniforms.

This consists of solid brown pants and socks and a mostly brown jersey.

Who remembers this punt return by Travis Benjamin against the Bills in 2013? Dude was SO fast and a legit threat back there. Always liked him. #Browns pic.twitter.com/e3duIaHrtv

The jersey also has white numbers and alternating white and orange, horizontal stripes on the sleeves.

This look was met with a love/hate response from fans.

Even better, the team got really inventive when the unis’ added pink during the ‘breast cancer awareness’ part of the game schedule.

Cleveland goes all out with no less than nine different potential uniform combinations.

These combinations include the colors white, brown, and orange.

The colors are optional on the jerseys, pants, and socks.

Also, in addition to the numbers (which had a slight shadow effect), the jerseys also sported the word “Cleveland” above the numbers.

On the pants, there was partial striping, but also the word “Browns” were displayed along the legs.


One final change, the facemask color changed from gray to brown.

By 2019, color rush becomes the team’s primary  color for the season.

The Browns decide to return to their “roots” with their new uniform style.

Their helmets look mostly the same, while the jerseys have a newer look.

Home jerseys are brown with white numbers and include five stripes of alternating white and brown on the sleeves.

Away jerseys are white with brown numbers and similar striping on the sleeves.

The numbers themselves have a “modernized” look to their block numbers.

Cleveland returned to their simple white away pants and brown home pants with simple striping down the legs.

The uniform socks will have striping that matches the striping on the home and away jerseys.

Last, but not least, the team got rid of their orange jerseys along with “Cleveland” above the numbers on the jerseys.

Ian Rapoport: ‘Baker Mayfield Is The Future Starting QB Of The Browns’ 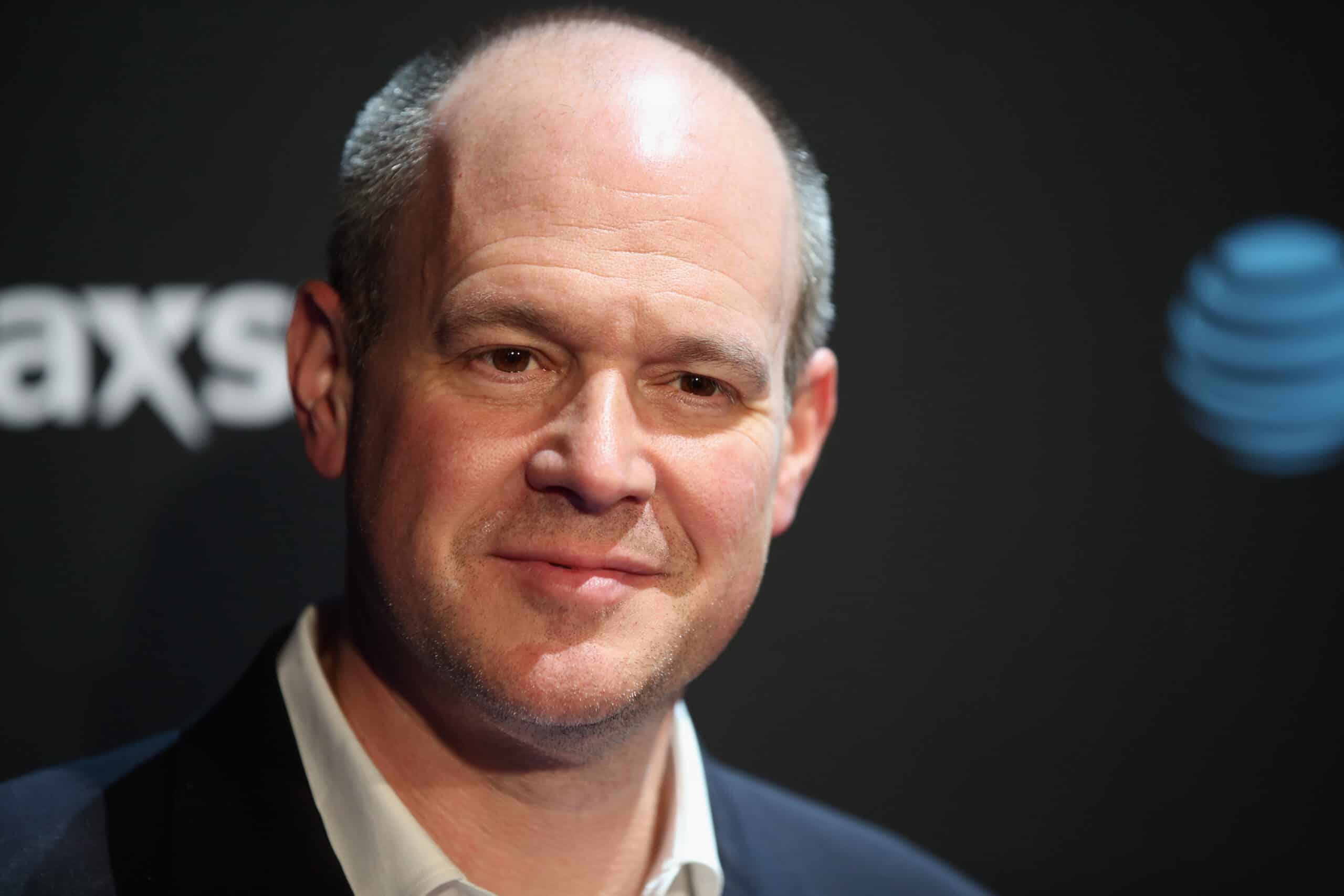 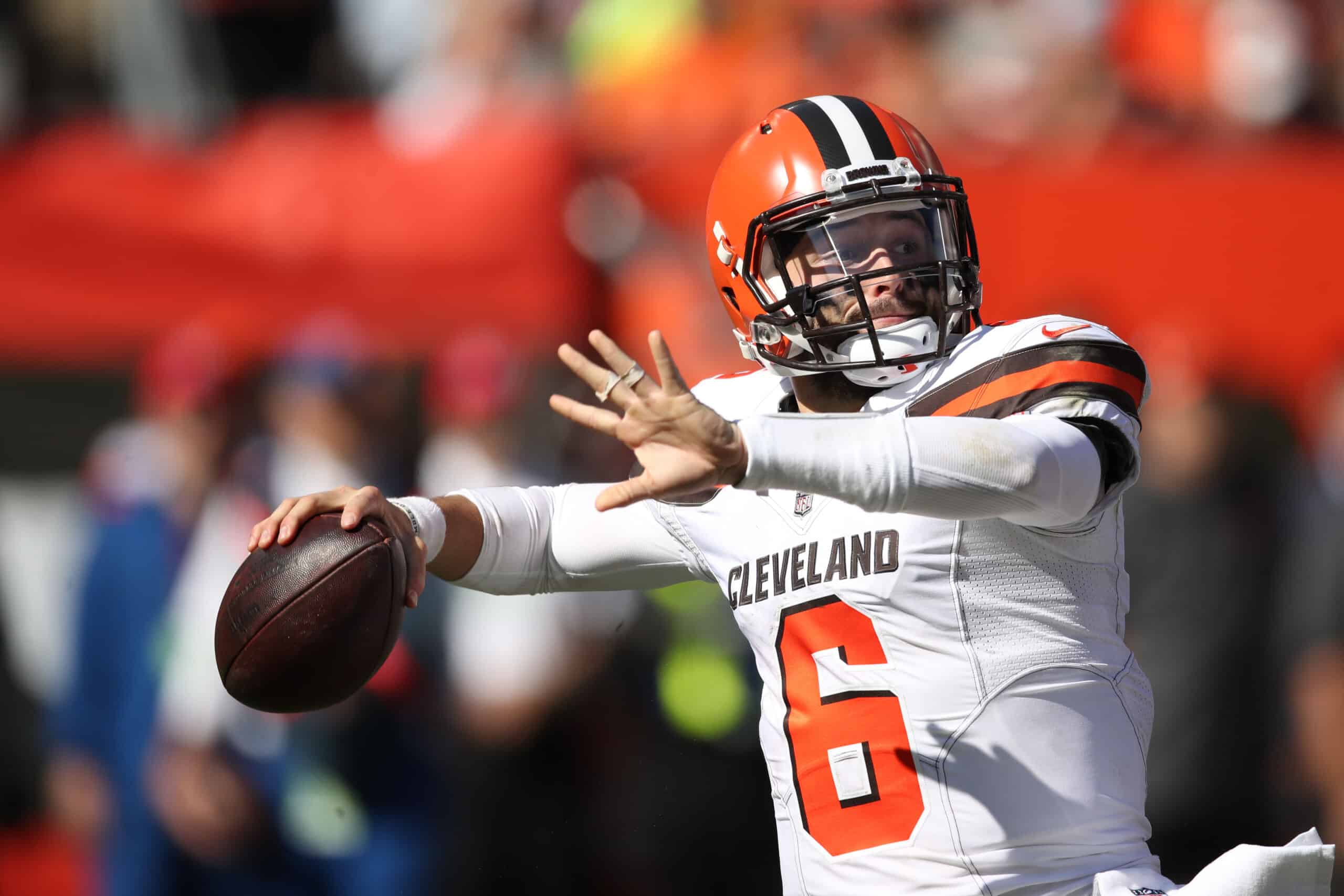