You are here: Home / Daily News / What Are Expectations For TE Harrison Bryant This Season?

With all of the hoopla surrounding Cleveland Browns‘ tight end David Njoku getting the franchise tag and presumably a hefty contract extension, fans could be sleeping on other tight ends on the Browns roster.

One of the notable tight ends to watch is Harrison Bryant.

Bryant enters his third season, and this could be his breakout year.

I believe this is the year that TE Harrison Bryant plays a big role in the #Browns offense. pic.twitter.com/az71OMZV6T

What are the realistic expectations for Bryant?

Last season, Bryant played in 39% of the offensive snaps.

That was down from 2020 when he was involved in 59% of the offensive snaps.

As it stands, Harrison Bryant will be stepping into a starting role alongside David Njoku in Cleveland’s 2 TE base offense.

Behind Amari Cooper, only Donovan Peoples-Jones has the same years of experience as Bryant.

Then, there is Anthony Schwartz who is entering his second season.

It remains to be seen what the plan is for veteran Jakeem Grant who can be utilized on both special teams and at wide receiver.

Regardless, Bryant is a tall and sturdy tight end with good hands so he should be involved more in the Browns’ 2022 offense.

Both are low numbers that should be higher in 2022.

Bryant makes plays when the ball is thrown to him so the Browns will lean on him for more receptions this season.

Bryant has been consistent in his first two seasons, scoring three touchdowns each season for a career total of six.

Given his targets and catch percentage, the Browns need to get the ball to him more often in the red zone or scoring situations.

Njoku only had four touchdowns last season with nearly twice as many targets.

The Browns have an untapped talent in Harrison Bryant and despite Njoku locking up the TE1 role, there is plenty of upside and opportunity for Bryant in this offense.

You could argue that the Browns TE2 has been more successful in recent years.

David Njoku’s stats were comparable and sometimes superior to Austin Hooper‘s in the last two seasons.

With Njoku moving up to TE1, could the same trend extend to Bryant?

Bryant and the Browns’ new QB1 Deshaun Watson are getting reps at OTAs while Njoku sits out awaiting his contract extension.

It is evident that they already have chemistry so time will tell what that could mean for Bryant in 2022. 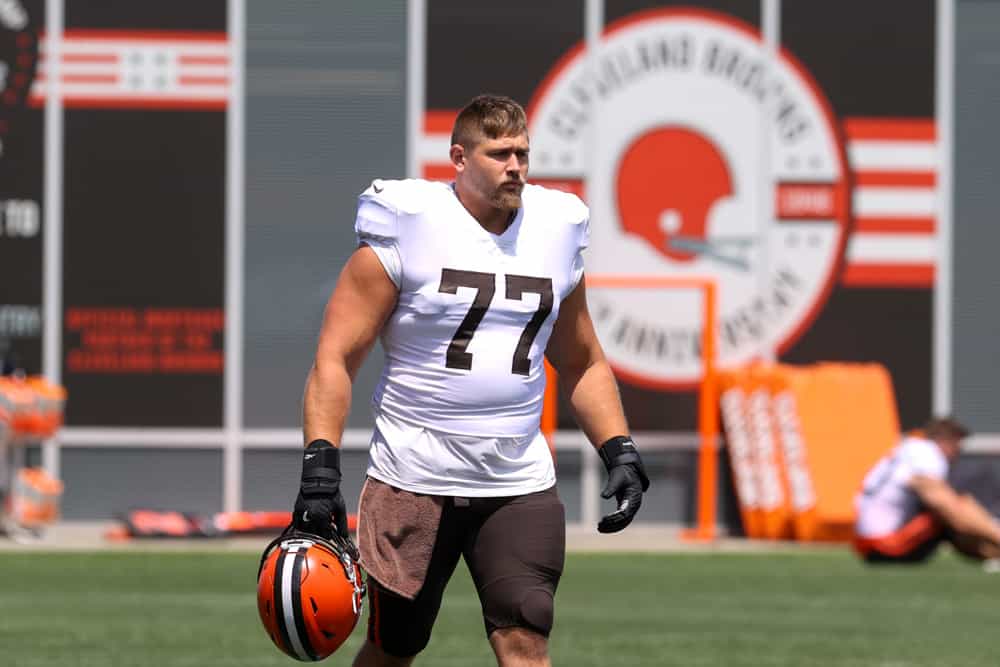 Predicting Where Baker Mayfield Will Land