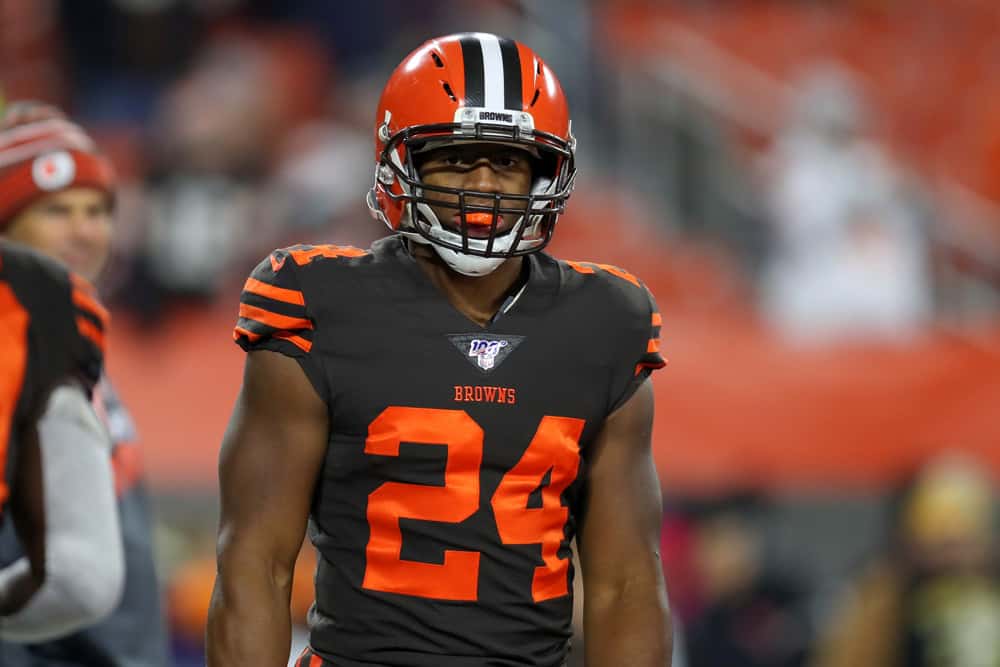 Earlier this week, the Cleveland Browns tailback agreed to a contract extension with the franchise that will keep Hunt in Cleveland for another three seasons.

Some will say he has finally burst onto the national scene, but I still believe he is the most underrated tailback across the league.

So, what exactly does this extension mean for Nick Chubb’s future in Cleveland?

Believing that the Browns extending the contract of a running back other than Chubb is a bad thing would be short sighted.

Well, at least in this scenario.

The Browns can possess the best one-two punch at the running back position in the NFL this season.

So right off the bat, from a short-term talent standpoint alone, this is nothing but beneficial.

The long-term impact is when the debate begins. Hunt’s new deal will expire at the end of the 2022 season.

Quickly looking again at the short-term, that’s at least two more years of this duo in the backfield.

Take a peek at when some of the other contracts on the roster run out.

Both Sheldon Richardson and Chris Hubbard will be looking for new deals at the same time Chubb will.

That alone is about $20 million per season potentially off the books.

The following season, the likes of Baker Mayfield, Denzel Ward, Jarvis Landry, and others will also have expiring deals.

Point being, the Browns will be needing to shell out plenty of cash to several guys in the coming years.

With Chubb posting prolific numbers and helping steady this Browns offense, Andrew Berry will undoubtedly be looking to bring him back.

To do that, though, he will need the cap space.

Signing Hunt to this extension does two things to help here.

This allows for at least one additional year of the Hunt/Chubb duo if Nick and the Browns agree on a new deal.

Hunt didn’t exactly get a king’s ransom in his extension either, so that should help things financially when it comes to finding a new deal for Chubb.

Yesterday's extension should be good news for all #Browns fans but some people think it means that Chubb is as good as gone… it was a 2 year team friendly deal that will put us in position to extend Chubb at the end of his contract.. just be positive for once!!

This is where the second benefit of Hunt’s extension comes into play.

If that nightmare scenario happens, the Browns are still left with an extremely talented running back for at least one season while they regroup on what to do with the position afterwards.

Remember, Hunt led the NFL in rushing his rookie season and could serve as the primary back for awhile if need be.

Ultimately, I find no issue with this extension and don’t believe it gets in the way of Chubb’s future in Cleveland.

The Browns have an adoration for Chubb in the backfield.

If they want to keep him here past the 2022 season, they will find a way to do so.