You are here: Home / Daily News / Why Are The Browns So Conservative With Nick Chubb? 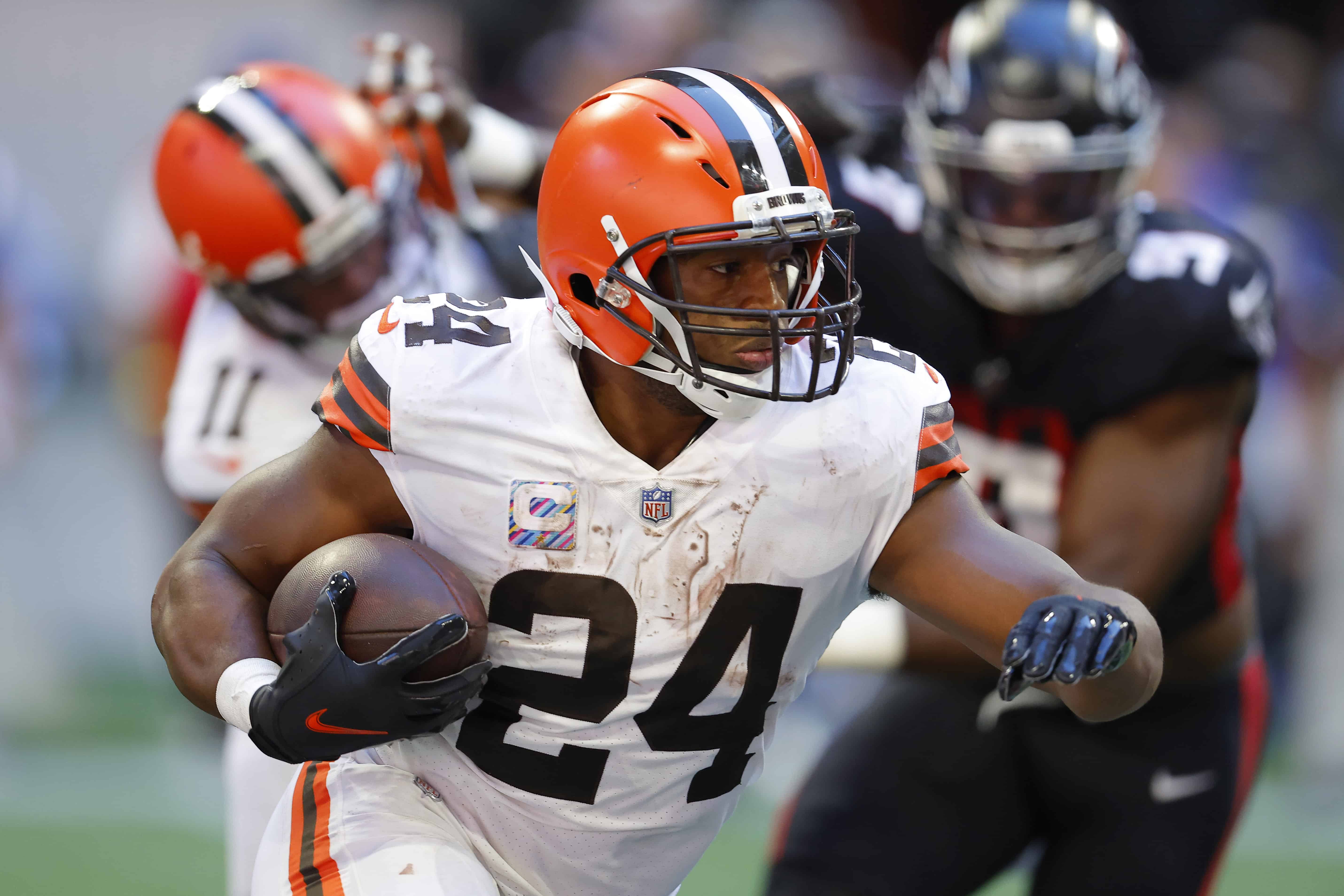 Nick Chubb is having himself a season, ranking among the NFL leaders in almost every rushing category.

And regardless of what we think about the team’s depth, the Cleveland Browns‘ offense is unrecognizable without him.

His peers are among those who think Chubb is the best pure rusher in the league.

Teammates universally marvel at what he does and the inauspicious manner in which he does it.

The bye week came and went and Nick Chubb *still* leads the NFL with:

Any time he touches the ball, fans hold their breath in anticipation of something special.

Which makes one of the most popular questions in Cleveland all the more perplexing.

Why are the Browns so conservative with Nick Chubb?

How Conservative Are They?

It is only natural for fans to want more carries (and catches) for Nick Chubb.

After all, they believe every time he touches the ball will result in a big play.

And in the midst of a disappointing season filled with close losses, why wouldn’t the team use its best weapon more?

But are the Browns really being that conservative in their use of Nick Chubb?

LIKE & RETWEET If #NickChubb is the best RB In The NFL! pic.twitter.com/6W9e1TLCnr

Nick Chubb averages 19 carries per game, a number that is pretty consistent most weeks.

Only Derrick Henry (23) and Saquon Barkley (21) average more, and neither of them has a former rushing champion as a teammate.

Rookie Dameon Pierce is a one-man show in Houston, and the only other player with 19 carries per game.

In an era of concussion protocols, asking more of a running back might be outdated.

Why It Seems Conservative

Maybe it is just our imaginations, but old-timers like myself remember a different definition of a workhorse.

There were days it seemed like Larry Csonka, or Jim Brown for that matter touched the ball on every play.

Despite our war stories, just 32 touches a game- about 5 of which were pass receptions- is the NFL record.

But a quick check of the record books finds only 3 other players among the top 100 since 2009.

And it appears 20 touches-per-game is the new standard to define a workhorse running back.

Most top-notch running backs get the ball when their team needs a few tough yards on late third downs.

Cleveland’s best weapon isn’t even a check-down option or a distraction to opposing defenses in too many key moments.

Meanwhile, the Giants’ Saquon Barkley is the frontrunner for Offensive Player of the Year because of his diverse use.

New York has him taking direct snaps, lining up outside, going in motion… anything to keep defenses guessing.

We can argue that Stefanski is extending the shelf life and enhancing the effectiveness of a perennial All-Pro with his touch limits.

But maybe starting Chubb off slower to assure his availability in crunch time is a better way to go.

3 Losses Already Haunting The Browns In 2022