You are here: Home / Daily News / 3 Ways Kevin Stefanski Can Find Himself On The Hot Seat In 2022

Stop me if you’ve heard this before: the Cleveland Browns are projected to be a playoff team this year.

After winning the offseason in each of his first 2 years, Andrew Berry is used to hearing good predictions.

But for all the hype, the Browns GM is not the only one who expected more than one playoff victory.

Even though he eschewed any big free agent signings, Berry’s third offseason has turned heads again.

Berry isn’t on the hot seat. Stefanski will be if they fail again. Which is why you saw him defend his scheme and offense at the combine. He knows.

Winning the Deshaun Watson sweepstakes and landing Amari Cooper changes the complexion of his offense.

But Kevin Stefanski remains at the helm and he plans on calling his own plays again.

After a Coach-of-the-Year performance in 2020, Stefanski took a lot of heat for his 2021 efforts.

Winning cures everything, but here are 3 other ways Kevin Stefanski can find himself on the hot seat in 2022.

Reporters and fans grew tired of hearing how he had to be better and put others in better situations.

Many of us were willing to look past his words and fault the players’ execution and effort.

But a second straight year of weekly mea culpa’s won’t fly, and will only magnify Stefanski’s role.

Kevin Stefanski on the three fourth down sacks the Browns have taken the last two weeks: "I need to do a better job there."

Analytics is not that complicated, and a simple equation or explanation often explains “bad” decisions.

But there were too many failed 4th-and-shorts, or even 4th and mediums or longs to avoid scrutiny.

And judging by the “fans-yelling-at-the-TV” metric, there were too many other inexplicable calls, too.

There is a very thin line between out-thinking and over-thinking, and Stefanski can’t be on the wrong side as often.

Beckham was statistically invisible, but Stefanski knew the value he brought to the field.

Unfortunately, Berry was the only one who understood, as even Beckham thought he was under-utilized.

Cleveland has a top-rated running back room that needs to be incorporated more effectively.

#Browns Kevin Stefanski on OBJ: "We're always going to monitor all those situations. Specifically to Odell, I cant comment on that. I would tell you I really like Odell. Worked hard for us. Happy for him and we'll see how it all plays out."

But Stefanski can’t afford to alienate Amari Cooper by using him as a simple diversion.

But the Browns’ investment in Watson removes that buffer and elevates expectations.

Watson allows Stefanski to open the whole field on offense, and that means using 11 players on game day.

There were plenty of things that went wrong in 2022, but one postseason critique stood out.

More than a few players lamented the lack of togetherness or cohesiveness in the locker room.

Facilities were literally divided between offense and defense, limiting interaction.

Defensive players famously had little idea what to make of the Odell Beckham situation.

John Johnson III says the majority of the Browns locker room would welcome back OBJ and want him in Cleveland. #Browns pic.twitter.com/olY6mP2Scg

Relaxed Covid rules should eliminate many of the barriers.

Now Stefanski and his staff have to do their part to enhance the team atmosphere in Berea.

And that might mean relaxing some rules and acting more human than analytical themselves.

Because a close team pushes themselves to higher goals, and that might save Stefanski’s job someday. 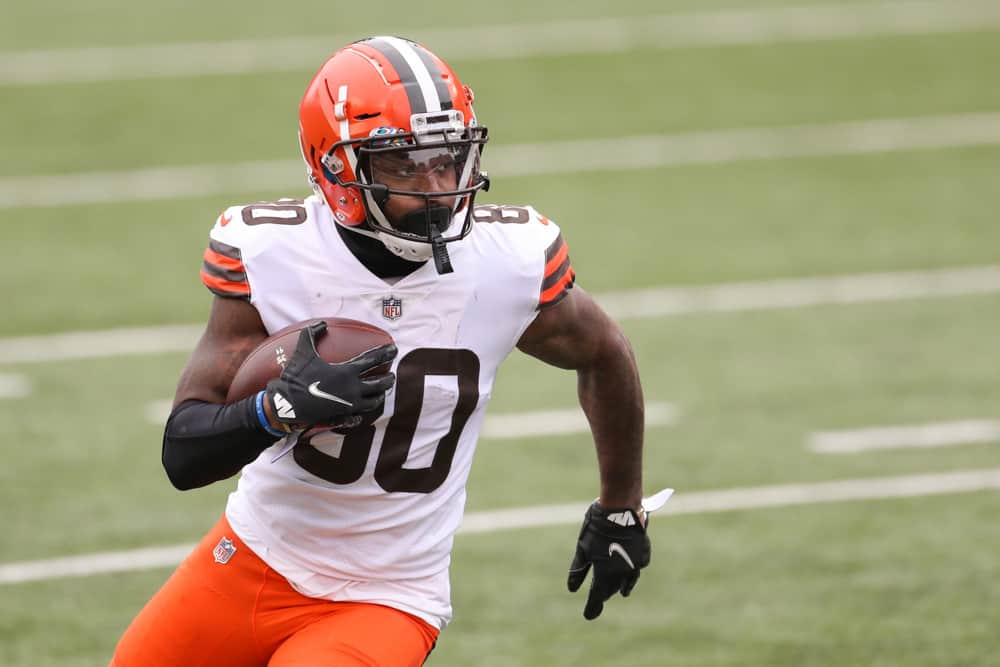