The so-called relationship between the Cleveland Browns and quarterback Baker Mayfield has become even more strained and severed.

With OTAs well underway, and with many expecting new Browns QB Deshaun Watson to be suspended soon by NFL commissioner Roger Goodell, there may have been a trickle of hope that Mayfield would put his bruised ego aside and make himself available just in case.

But it appears even less likely that he will, as the team has excused him from their mandatory minicamp, which will take place next week.

It is the latest part of the collective wedge that has been driving Mayfield further and further apart from the only NFL team he has ever played for.

Across social media, members of the Dawg Pound aren’t hiding their frustration.

LOL @browns "excusing" @bakermayfield from mandatory minicamp. Like he was going to show up in the first place. They are just doing anything they can to save face IMO.

At this point, CLE should just fork over the $13-14M it’s gonna take to move him…which will be hilarious when Watson has to sit all year. They couldn’t have screwed this up much worse. 😆

They’re gonna need him cause Watson aint playin this szn.

As long as he still getting paid he'll be OK…if that was us regular working folks, we'll have to file for unemployment and wait 2 weeks to get paid..and that's if your lucky because if u mess up…Good luck

Mayfield May Have Gotten Past The Point Of No Return

Not too long ago, Mayfield was a promising up-and-coming QB, and Browns fans thought they may have found a true franchise signal-caller.

He set the NFL rookie record for most touchdown passes in 2018, and in 2020, he guided Cleveland to the playoffs, where it won its first postseason game since the 1994 season.

But his play has been up and down, and turnovers have been a problem.

He has thrown at least 13 interceptions in three of his four pro seasons, and for his career, he has a 2.9 percent interception rate, which is simply too high.

After the 2021 season ended in disappointment for the Browns, they started to grow further apart from Mayfield.

The final straw may have come in March, even before they acquired Watson when NFL analyst Chris Mortensen reported that the Browns want “an adult” under center.

His talent and even his potential are undeniable, but he has a lot of maturing to do, and it is simply too much for a Browns team that is hoping to return to the playoffs this coming season.

There seems to be no progress on a potential Mayfield trade either.

The Carolina Panthers are in great need of a competent quarterback, and perhaps Mayfield would be under less pressure if he joined them, but nothing has materialized with them so far.

The Seattle Seahawks have been another team that has been talked about as being in the market for a good QB after trading Russell Wilson, but nothing has happened there either.

Reportedly, a sticking point for potential suitors has been the nearly $19 million that Mayfield is owed next season, and the Browns’ reported reluctance to cover any of that cost.

A Dark Cloud Hangs Over The Browns

On paper, Cleveland has what looks to be a playoff team, with Watson under center, Nick Chubb in the backfield and possibly poised for a huge year plus four-time Pro Bowler Amari Cooper at wide receiver.

On the other side of the ball, Jadeveon Clowney is back on a new contract and Jeremiah Owusu-Koramoah could have a Pro Bowl season ahead of him.

Optimism and excitement should be the predominant emotions surrounding the Browns right now.

Instead, that dark cloud hanging over Northeast Ohio is taking the form of Mayfield being in limbo and Watson likely having to serve a suspension.

Browns fans are used to bad things ruining promising seasons for their team, but now that it has one of the best rosters on paper it has ever had, the level of frustration and angst, at least in some ways, is higher than ever. 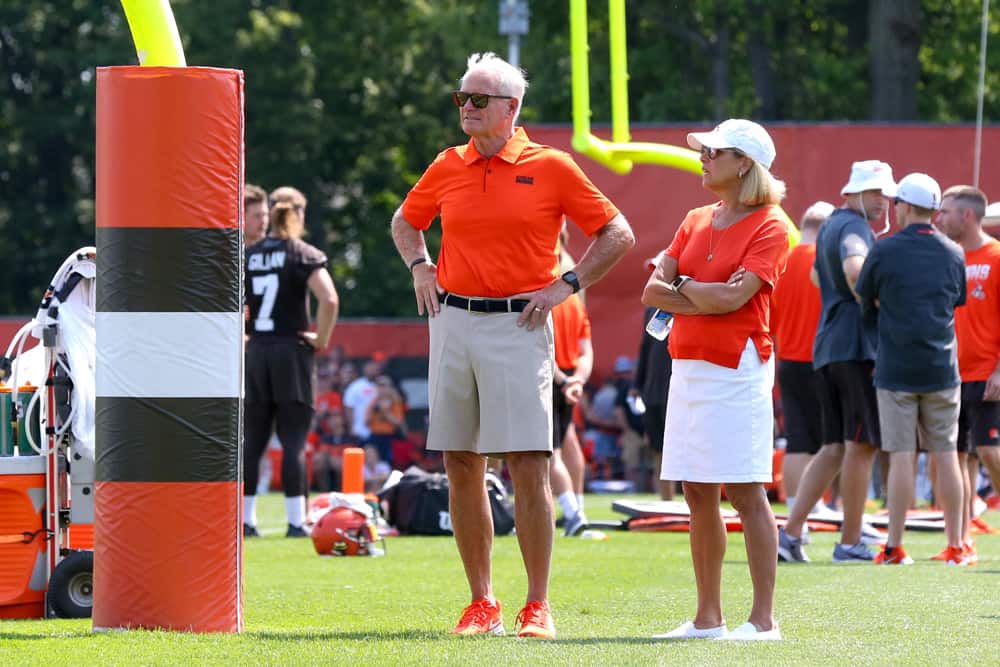 Some Fans Asking Haslams To Sell The Browns 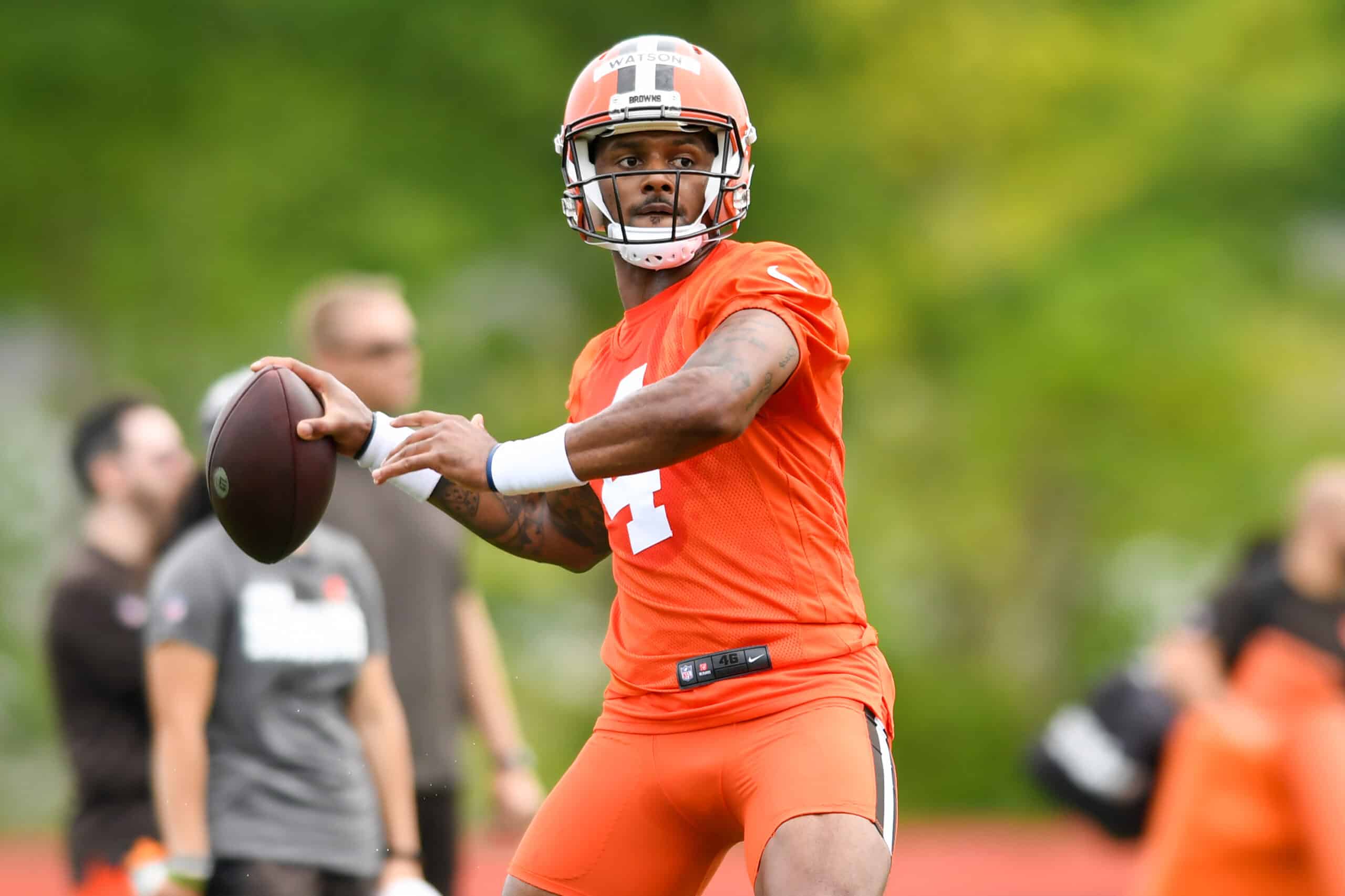