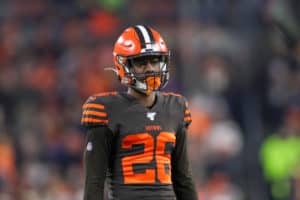 The Cleveland Browns will be without defensive back Greedy Williams Sunday as he continues to recover from a shoulder injury. Williams was expected to play a key role opposite of Denzel Ward in the Browns secondary. However, Williams is slated to miss his fifth straight game to start the season on Sunday. Some Browns fans have become frustrated with Williams' … END_OF_DOCUMENT_TOKEN_TO_BE_REPLACED 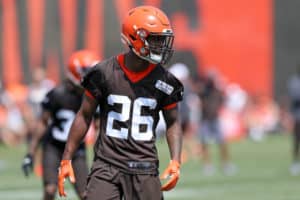 On Monday, the Cleveland Browns lost multiple players to injury. One of those players was second-year defensive back Greedy Williams. He suffered a shoulder injury and it appeared at first that he could miss significant time. https://twitter.com/AdamSchefter/status/1298356544808136710 Since then, it sounds like there is better news regarding Williams … END_OF_DOCUMENT_TOKEN_TO_BE_REPLACED

And the hits just keep coming for the Cleveland Browns. Literally. The latest significant injury report is concerning CB Greedy Williams. He injured his shoulder during a tackling drill at Monday's practice. Williams walked off the field on his own but immediately went inside for evaluation. Greedy Williams was slated to get a lot of playing time … END_OF_DOCUMENT_TOKEN_TO_BE_REPLACED 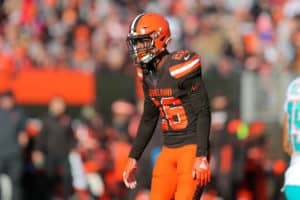 The Cleveland Browns did not own a first round draft pick in 2019. They had to wait until the No. 46 overall selection before taking LSU defensive back Greedy Williams. He was considered a top-10 talent, but somehow slid all the way into the second round. Williams might end up as the biggest steal of the entire 2019 draft class. However, his rookie season … END_OF_DOCUMENT_TOKEN_TO_BE_REPLACED