In the long history of the Cleveland Browns, one of the most important seasons was 1950. In 1950, the Browns had their first season in the NFL and won their first NFL championship. An important contributor to Cleveland’s success in 1950 was Rex Bumgardner. Rushing the ball and catching passes, Bumgardner helped the Browns win several games in 1950, including … END_OF_DOCUMENT_TOKEN_TO_BE_REPLACED

Interceptions can play a key role in a football game. Not only do interceptions stop the drive of the opposing offense, but they also can give an offense excellent field position and momentum and even result in points when returned for a touchdown. Over a six-year career with the Cleveland Browns from 1969 to 1974, defensive back Walt Sumner made many key … END_OF_DOCUMENT_TOKEN_TO_BE_REPLACED 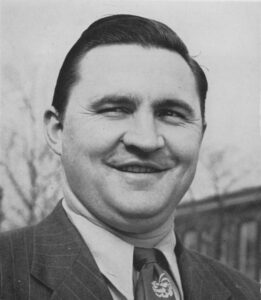 When a new sports franchise is formed, you never know how long it will take until the franchise is successful. For the new Cleveland Browns franchise in 1946, success was immediate, as the team won a professional football championship in its first year of existence - the first of five consecutive professional football championships for the Browns from 1946 to … END_OF_DOCUMENT_TOKEN_TO_BE_REPLACED

The Cleveland Browns have won four NFL championships in their history – in 1950, 1954, 1955, and 1964. With so much focus on these championship seasons, there is a tendency to forget Browns players who joined the team after 1955 and left the team before 1964. One such player is end Rich Kreitling. However, Kreitling should not be forgotten; over five seasons … END_OF_DOCUMENT_TOKEN_TO_BE_REPLACED