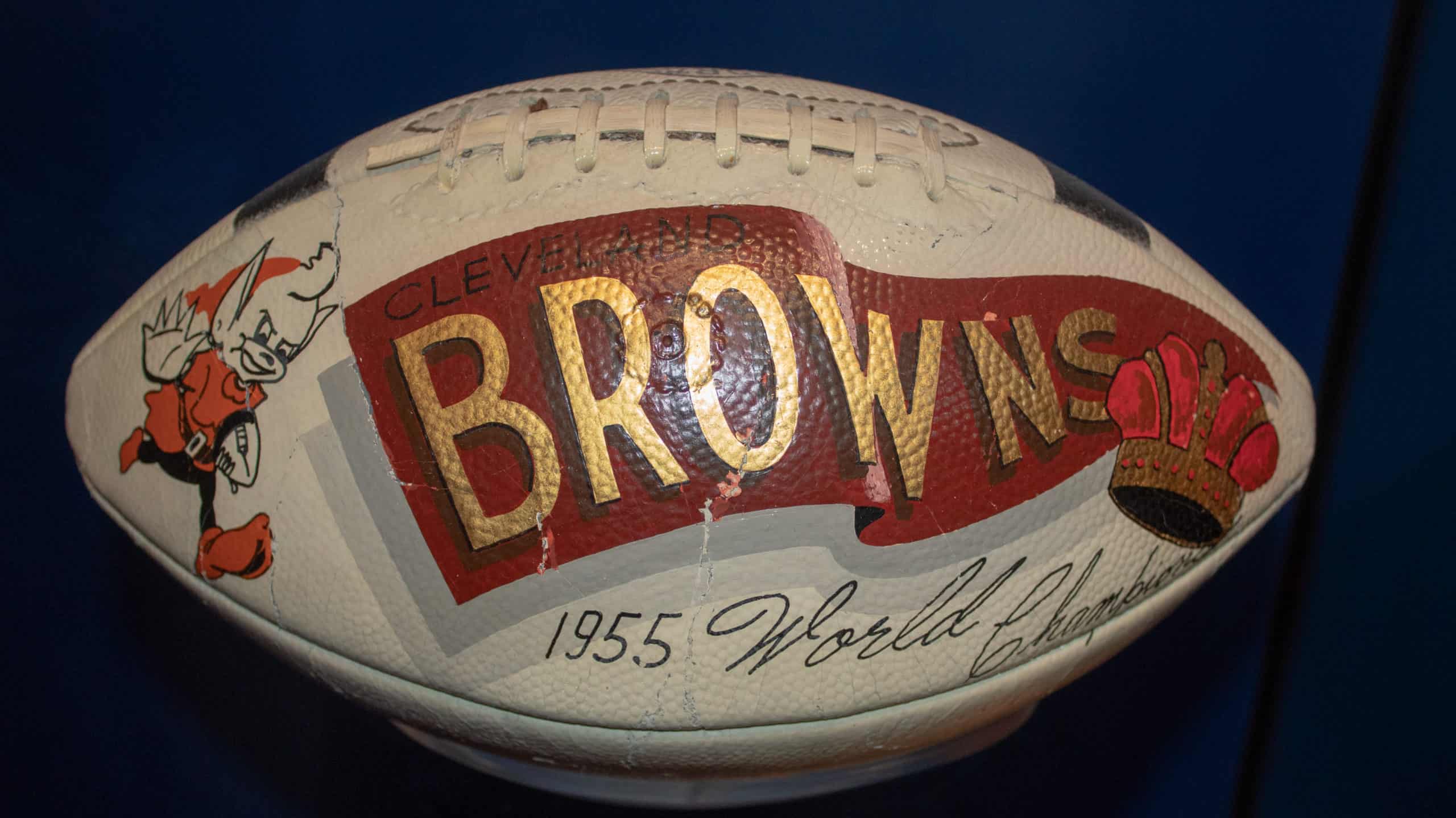 This past Sunday, the Cleveland Browns announced that former running back Fred “Curly” Morrison passed away.

He was 94 and died due to complications of a broken hip he sustained six weeks ago.

After graduating from high school, he became a standout player for Ohio State.

As a sophomore in 1947, Morrison was a receiver who led the team with seven catches for 113 yards.

In 1948, Morrison was moved to fullback when the starter was injured.

After the starter returned from injury, Morrison served as a backup.  Morrison became the starting fullback as a senior in 1949.

That season he led the Buckeyes in scoring with nine touchdowns.

In a game against USC in October of that year, Morrison ran over and through the Trojan defense to the tune of 134 yards.

He whipped USC again that same season when Ohio State returned to Southern California to play the Trojans in the Rose Bowl game.

He was named the game’s MVP.

In 1993, Morrison was inducted into the Rose Bowl Hall of Fame for his efforts.

Morrison’s 1949 college season put him on the map and brought the attention of pro scouts.

With the tenth pick in the 1950 NFL Draft, he was selected by the Chicago Bears.

In four seasons with the Bears, he rushed for a total of 1,022 yards and six touchdowns.

The answer, btw, to the trivia question, "Who wore No. 32 for the #Browns before Jimmy Brown arrived in 1957?" is: RB Fred "Curly" Morrison. pic.twitter.com/DdqxVHd7Qe

Before the 1954 season, Morrison was traded to the Browns.

As a three year starter, Morrison contributed greatly to the team.

In 1955, Morrison led the team in rushing with 824 yards and was voted to his only Pro Bowl.

Even more fortunate for Morrison, he played in two championship-winning seasons with the Browns in 1954 and 1955.

After the ‘56 season, Morrison retired.

Morrison stayed close to the game of football after retiring.

He was the Chief Operating Officer and General Manager of the Los Angeles Express of the United States Football League.

Before that, Morrison was the General Manager of the Southern California Sun of the World Football League.

Morrison was active in advocating for retired NFL players and served in various charities.

He and his wife, Sophie, produced the NFL Legends golf tournament every year in California to benefit the Boys and Girls Clubs of California.

The writers at brownsnation.com extend our condolences to the Morrison family.

The Life And Career Of Tom Deleone (Complete Story)