You are here: Home / Daily News / Should The Browns Consider Going To Josh Dobbs? 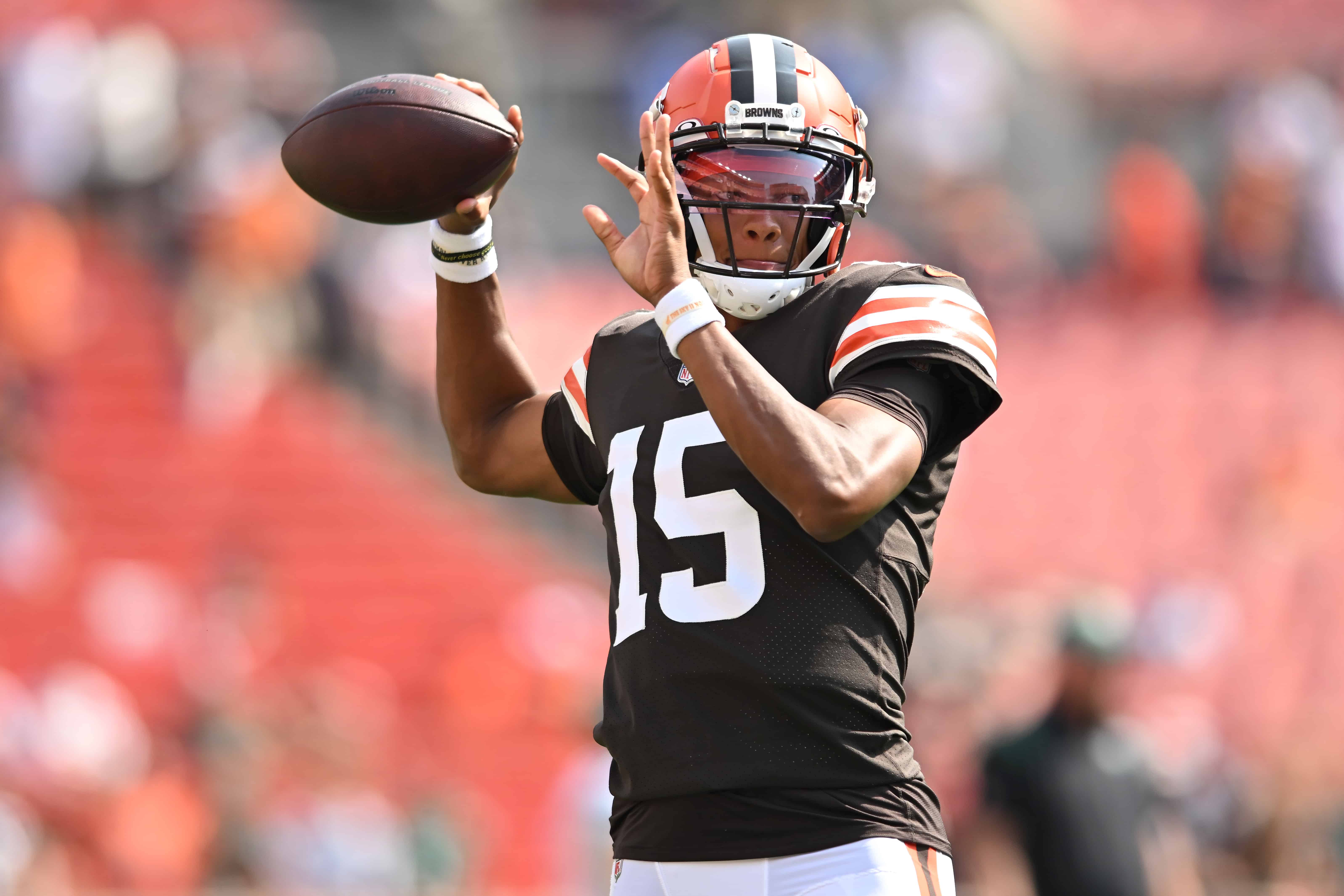 Fingers are pointing in many directions when it comes to explaining the Cleveland Browns‘ 2-4 start.

But when you’re the guy who makes the biggest errors at the worst times, they all point your way eventually.

Quarterback Jacoby Brissett was not supposed to have to win many football games this season.

He was merely supposed to manage them well enough to let the defense and special teams grab the headlines.

Jacoby Brissett is averaging 34 pass attempts per game they 6 games.

Not sure that is the recipe for success for this Browns offense.

But like it or not, those units already left Brissett in a position to lead game-winning drives several times.

Cashing in would have put Brissett in contention for “Comeback Player of the Year” and the Browns atop the AFC.

Instead, he needed a generous interpretation of the spike rule to keep from whiffing on every opportunity.

And fans are wondering should the Browns go to Josh Dobbs.

The Problem With Brissett

Brissett put up career-best stats across his first 5 games, controlling the ball well in a solid game-manager role.

But his positive attributes, including sharper-than-expected passing, mobility, and intelligence mask his biggest flaw.

Jacoby Brissett gets excited in big spots and that keeps him from coming up big in big-pressure moments.

He admitted his emotions got the best of him in the season opener in Carolina.

And his worst plays and decisions since have come with the game on the line.

Cleveland can not count on their quarterback when they need him most, and that is no improvement on recent QB options.

What Can Dobbs Do For Cleveland?

He brought a certain energy and his running ability led to some big scramble plays.

They hope some designed runs or an occasional scramble will spark the Browns’ offense.

But fans thought the same thing about Kyle Lauletta last season, and he is no longer in the league.

The truth is Dobbs scrambled and ran a lot because he failed to complete plays as designed.

And if he couldn’t run the offense against third-stringers and camp bodies, he probably won’t do well in the regular season either.

Kevin Stefanski would do better to fix the issues that put Brissett in risky positions to begin with.

He needs to tell Joe Woods and Mike Priefer to fix their units.

And Cleveland’s analytics guru would do well to remember the most basic stat in football: the first team to score usually wins.

Even the most optimistic Jacoby Brissett backers did not believe he would win games with final-possession touchdown passes or by cranking out 300-yard passing games. Special teams and the defense are not holding up their part of the bargain for the #Browns. What can they change?

Passing up field goal opportunities, especially on the opening drive, isn’t paying off.

New England got pressure on Brissett, and he regressed to his Colts/Dolphins days.

All of which shows Stefanski needs to let Brissett take victory formations instead of desperation throws in the final minutes.

Should The Browns Think About Replacing Grant Delpit?