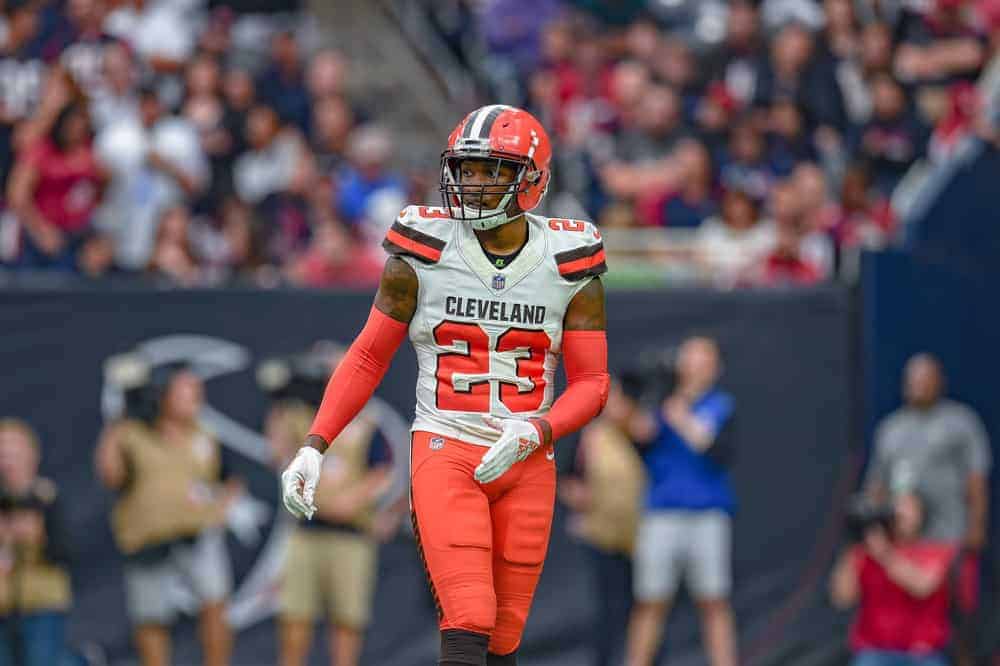 Randall’s contract details were not immediately available as he heads to his third NFL team entering his sixth season.

The 27-year-old safety played in 26 games the last two seasons for the Browns.

Randall missed five games in 2019, mostly because of a hamstring injury.

He was also inactive for the Dec. 1 game against the Pittsburgh Steelers because he skipped practice.

Former #Browns & #Packers free agent S Damarious Randall just texted me he is going to the Las Vegas #Raiders on a 1-year deal.

In 2018, Randall had a career-high 85 tackles and four interceptions.

He compiled 61 tackles last season, but data from Pro Football Reference shows he allowed a 120.0 quarterback rating on 42 targets in his direction.

Last year, Randall did not record an interception for the first time in his NFL career.

Randall finished 2019 with a career-high 2.5 sacks after entering the year with zero.

Despite Randall’s lower production last season, the Browns got more out of him than the Green Bay Packers got out of quarterback DeShone Kizer.

Coming off of a 0-16 season in 2017, former Browns general manager John Dorsey traded the Browns starting quarterback to the Packers for Randall.

The 2018 regular-season finale against the Detroit Lions marked Kizer’s lone game of extended playing time for the Packers.

The Packers released Kizer in August 2019, opting for Tim Boyle to serve as Aaron Rodgers’ backup.

The Raiders claimed Kizer off waivers.

How weird is this. @deshonekizer is traded to GB from CLE for @RandallTime now they are both on @Raiders roster. They have now both played for the same 3 teams in their careers. #weird #NFLFreeAgency #NFLDraft

Glennon is an unrestricted free agent after the Raiders signed Marcus Mariota in free agency.

Carr is under contract through the 2022 season.

Kizer has another year left on his deal with the Raiders.

It appears Kizer and Randall will now be teammates on the Raiders.

The Packers drafted Randall with the 30th overall pick of the 2015 NFL Draft.

In Cleveland, Randall moved from cornerback to safety, where he has shown better production.

With the departure of safety Karl Joseph and cornerback Eli Apple, the Raiders are expected to add another defensive back either in this month’s NFL Draft or in free agency.

Earlier this offseason, the Browns signed Joseph and Andrew Sendejo in free agency.

Apple remains a free agent as of Friday morning.

3 Players Who Need Rebound Years For Browns To Reach Playoffs