You are here: Home / Daily News / Jim Nantz: ‘I Think Cleveland Is Going To Be A Factor For A Long Time’ 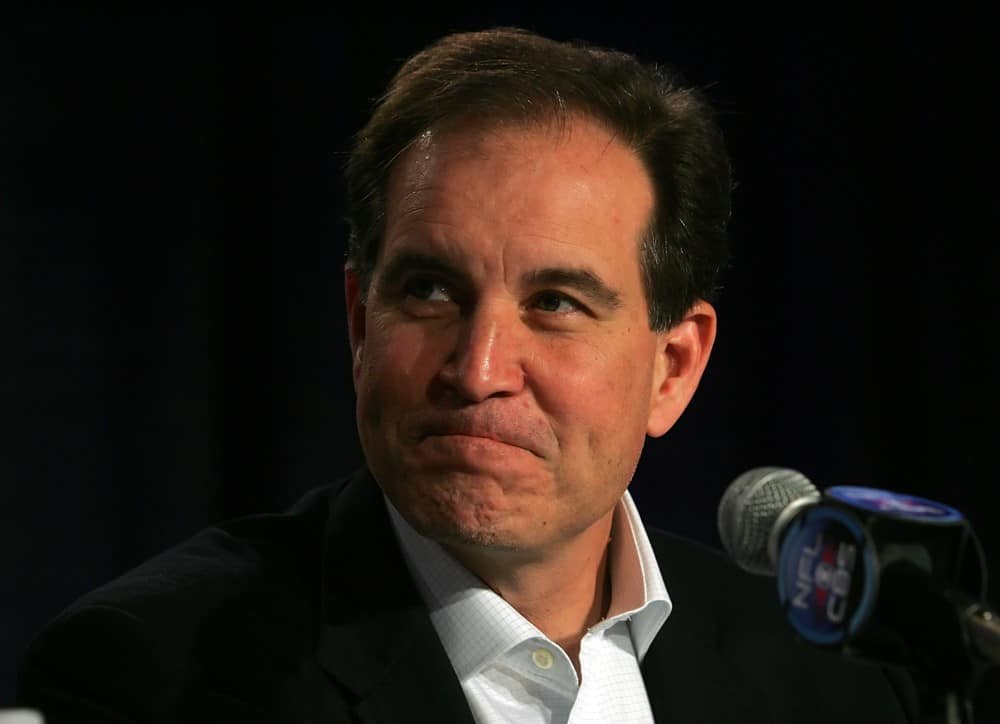 CBS Sports announcer Jim Nantz believes the Cleveland Browns’ winning ways through five games of the 2020 season is the “new norm” for the franchise.

Nantz and color commentator Tony Romo are set to call Sunday’s Week 6 game between the Browns and the Pittsburgh Steelers.

“It is so exciting to be able to have such a meaningful game in front of us involving the Cleveland Browns,” Nantz said during a Wednesday appearance on 92.3 The Fan’s “Bull and Fox” show. “It’s been ages.”

The Browns have a 4-1 record for the first time since the 1994 season when Bill Belichick was the team’s head coach and Nick Saban was the defensive coordinator.

“After that shellacking [in] Week 1 in Baltimore, I didn’t know where this season was going to go,” Nantz said.

Host Adam “the Bull” said he believes Sunday marks the Browns’ biggest game in more than a decade.

Nantz mentioned many of the changes the Browns have made over the years.

“I thought John Dorsey did a fantastic job of turning over that roster,” Nantz said. “I know John still lives in Cleveland. I’m not taking anything away from Andrew Berry because I’m hearing wonderful things about him, but I think the Browns were putting together a legitimate roster when John got there.

“I think that was when this became a team that was actually on the path and on the road to doing something special.”

Nantz pointed out the signing of Kareem Hunt and how receivers Odell Beckham Jr. and Jarvis Landry played through injuries in 2019.

With this past offseason’s upgrades, Nantz thinks the Browns have a playoff-caliber roster.

“The puzzle has been put together,” Nantz said. “I think Cleveland is going to be a factor for a long time.”

Meanwhile, the Steelers are 4-0 for the first time since the 1979 season, in which they won the Super Bowl.

Nantz believes the AFC North will have three teams make the 2020 playoffs in the Browns, the Steelers and the Baltimore Ravens.

“If [the Browns] lose [Sunday’s] game, I still think they have a great chance to be in the playoffs,” Nantz said. “It’s not like the playoffs hinge on this one game.”

Nantz said while Sunday marks Cleveland’s most important game in years, he believes the Browns will be in many big games in the near future.

The NFL’s new expanded playoff format allows for seven teams per conference to make the postseason.

Oct. 5, 2003, marked the last time the Browns beat the Steelers at Heinz Field in Pittsburgh.

The Browns hold a 1-27 record in Pittsburgh against Steelers teams that made the playoffs.

“There’s something different about this [Browns] team,” Nantz said. “There’s a mojo. There’s an attitude, a personality about them that I’d be shocked if they went over to Pittsburgh and laid an egg this week.”

“People have always had opinions about his boldness, whatever you want to call it, brashness or whatever,” Nantz said. “When you start playing well, that’s a huge positive and I think it has an effect on everybody else. In a word, that’s leadership.”

Mayfield has a 16-18 career record as the Browns starting quarterback.

The first overall pick of the 2018 NFL Draft has made 34 consecutive starts for the Browns, which is tied for third-most in Browns history behind Brian Sipe (70) and Otto Graham (46).

“I’m not just trying to say it because I’m going into the Cleveland market right now,” Nantz said. “I really believe that we are at the start, just the start. You’re going to see games that are this big for a long time to come. There’s going to be big games like this later this season.”

In 2020, the Ravens (4-1) are vying to win the AFC North for the third consecutive season.

However, since the NFL reconfigured its divisions in 2002, no team has won the AFC North three consecutive years.

On Sunday, the Ravens play the Philadelphia Eagles and the Bengals (1-3-1) play the Indianapolis Colts.

What 5-1 Would Mean For Cleveland And The Browns