In March, the Cleveland Browns released veteran wide receiver Jarvis Landry, and it sparked plenty of speculation about which team he would end up signing with.

Some thought he would end up staying with the Browns after all, and the team certainly had interest in keeping him in the fold.

The Baltimore Ravens nibbled on Landry, but he then narrowed his potential teams down to two: the Browns and the New Orleans Saints.

Although Cleveland offered him what Ian Rapoport called a “nice sum of money,” Landry ended up signing a one-year deal with the Saints that is reportedly worth up to $6 million.

Browns Fans Are Sad To See Him Go

Sometimes, when a star player such as Landry, especially one who made five straight Pro Bowls, leaves a team as a free agent, that team’s fan base will direct lots of vitriol towards him and accuse him of being selfish or a traitor.

However, the Dawg Pound, and a quick scan of social media, reveal plenty of gratitude for what Landry did for the team in his four seasons in The Land.

Cleveland fans will always love you and what you brought to the field, culture, community, and vibe. Good luck and much success to you in the future! Always grateful @God_Son80 #Browns #NFL #Saints https://t.co/0cmNUKynWI

Good luck with the #Saints @God_Son80 best of luck from this #Browns fan.

I'm a Browns fan. And a Dolphins fan.
Losing Landry hurt, both times. He is a class act. An absolute baller. A machine of a WR. And a hell of a QB.
Treat him well, New Orleans. Juice is a gem!

@God_Son80 As a @Browns fan I want to thank you for helping realize we can have a winning team. YOU were the lightning bolt that struck the team to help destroy the rubble we were built and on. You will be missed beyond measure. Thank You!

Great news for @God_Son80! And great news for #Browns fans not having to see him twice a year with the Ravens. https://t.co/kFQ8P8WWSy

Thank you so much for changing the culture in Cleveland Browns football. True Browns fans will always keep you in their hearts. Best of luck to you and your family. pic.twitter.com/hW9yRC15VI

When Landry came to Northeast Ohio for the 2018 season, the Browns had gone about a decade and a half without making the playoffs and had enjoyed just one winning season since 2002.

But along with a mercurial rookie quarterback named Baker Mayfield, Landry helped turn the team around.

Key injuries resulted in the Browns narrowly missing the playoffs this past season, but the team will still have plenty to be hopeful about with new additions Deshaun Watson and Amari Cooper.

By joining the Saints, Landry will return to his old stomping grounds.

He grew up in rural southern Louisiana, and he became a star at Louisiana State University while playing with Odell Beckham Jr., whom he would later play with in Cleveland.

Not too surprisingly, Landry and Beckham are best friends, and now some are lobbying for New Orleans to also sign Beckham, who is a free agent and is rehabbing after injuring his ACL again during the Super Bowl.

Odell Beckham jr wants to go to the saints 👀👀👀 pic.twitter.com/u442fbFF0o

But there is no denying his contributions to the Browns.

When they won that playoff game versus the Pittsburgh Steelers in January 2021 to move on to the divisional round, Landry was one of the big stars that day by putting up 92 yards and a touchdown on just five receptions.

Now, he will move onto a squad that is hoping to return to the postseason for the first time after the retirement of the legendary Drew Brees.

It is heartening to see so many members of the Dawg Pound wishing Landry well in his next endeavor with his new team.

How To Watch Browns Vs. Falcons (Radio, TV, Streaming) 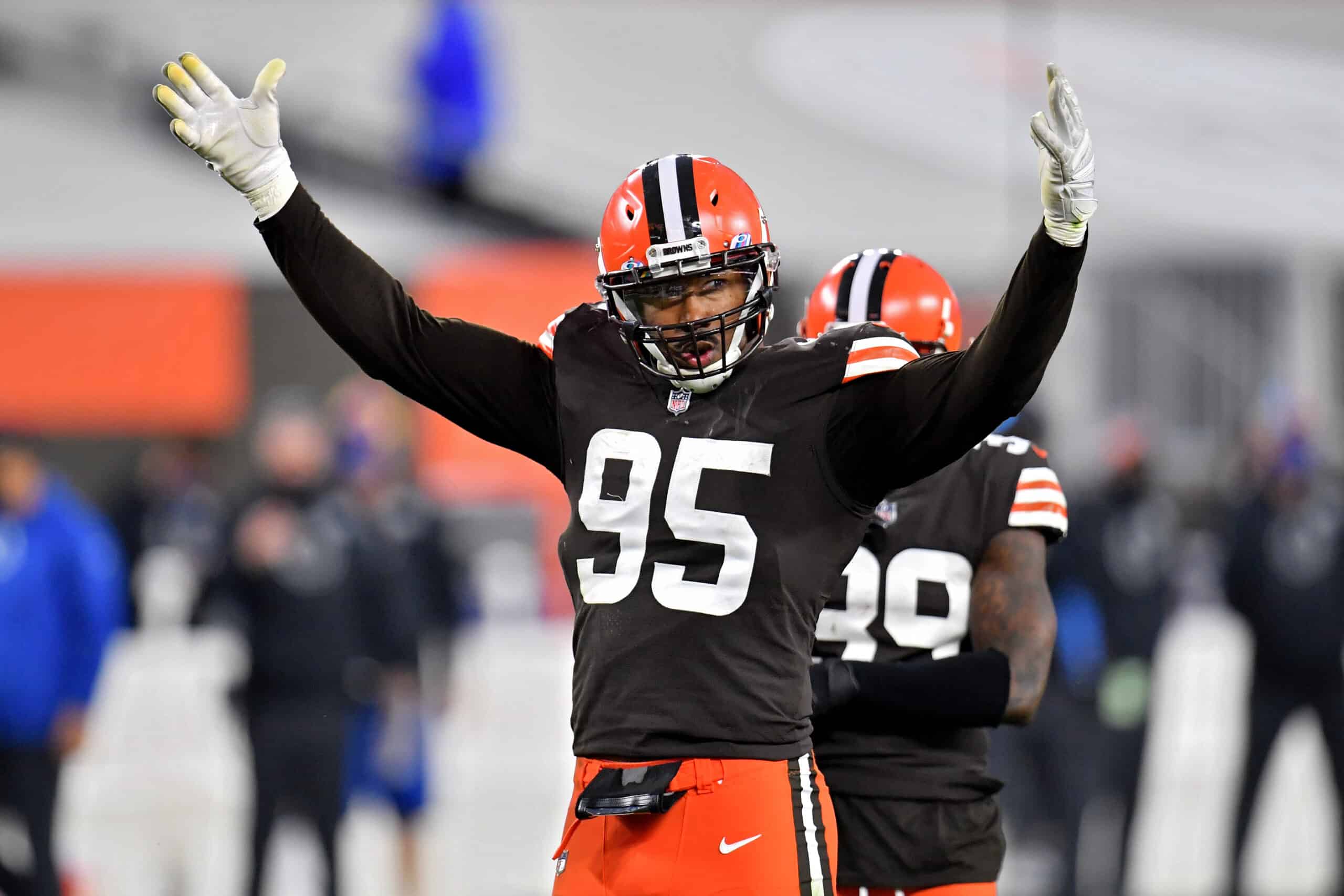